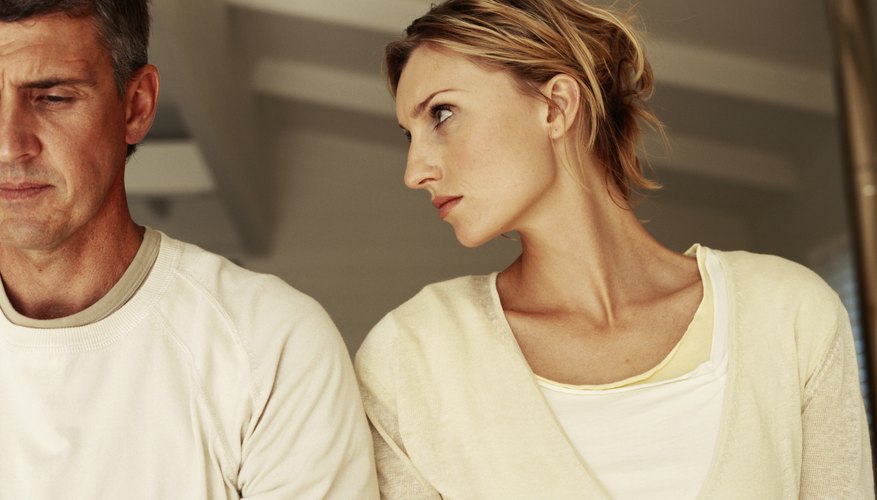 Aloof is the name of the game when he's over you.

You and your boyfriend broke up, and it’s over. You’ve both yelled, cried and mourned the grand finale, but a weird aftermath left you wondering if the end was really the end. One thing you don’t have to wonder is that your ex is acting differently, but you might not know if he is over you. Here’s how to tell if he’s really not that into you and if your relationship is, in fact, over.

No Calls at All

You used to speak daily, even with the recent breakup. Now, he’s completely broken the cycle of checking in to see how your day was and calling “just because.” If he has finally stopped calling you, he may have given the relationship the heave-ho.

There were a few things he promised he’d do even though you two weren’t together. Take your car to the shop, fix your closet door and move the stuff from the garage to the storage shed. Not only has the time come and gone for him to fulfill his promises, but he hasn’t even mentioned it, and it’s as if he never said he’d help you at all.

You bump into him while you’re out with your friends and he’s downright rude. It’s as if you’re looking into the eyes of a stranger. You jokingly ask him if you can put your drink on his tab, and he scoffs at you with a serious “No.” The jovial cutie pie that used to be your sweetheart is now an ornery jerk.

Once you finally get a little one-on-one time to chat with him, you bring up the situation that led you both to break up, and he blames you for everything. No matter what the topic is, he’s spinning it so you’re to blame and you're at fault for making the decision to end things.

You receive a text message from him and rush to see what he has to say. Eagerly surprised to hear from him, you glance at his message only to read that he wants to know when is a good time for his friend to come by and pick up the stuff he left at your house.

When you ask what really happened to make things so bad between the two of you, his only reaction is riddled with excuses for why it’s best for you two to not even contemplate any type of reconciliation. He's already over it.

You haven’t heard from him in weeks. Sure, you knew things were on the decline, and you both agreed to some space to adjust to your new status -- but you also both agreed you would try to muster a friendship out of it. The only problem is he’s completely dropped off the face of your earth without a plan to return.

He’s made it clear he’s fine if you date his friend. Matter of fact, he thinks it would be good for you and suggests it might help you move on by dating someone new. Sadly, you remember when he would throw a tantrum if another guy so much as looked at you.

Since the two of you are still linked on social media websites, you take a peek to see what’s going on in his world. Unfortunately, to your surprise he’s been tagged in a few racy photos that make it apparent he’s having a good time without you.

Ouch. The kicker of all kickers -- he’s got a new girlfriend. You bump into them at the grocery store arm and arm, and he’s smiling from ear to ear. As if you didn’t need the other nine reasons to make sure it's over, seeing him in public with someone new is it. This is as good of a sign as any that it’s over.

Green hold a Bachelor's degree in Journalism, and is currently working on advanced degrees.