10 Things That Make a Woman Jealous 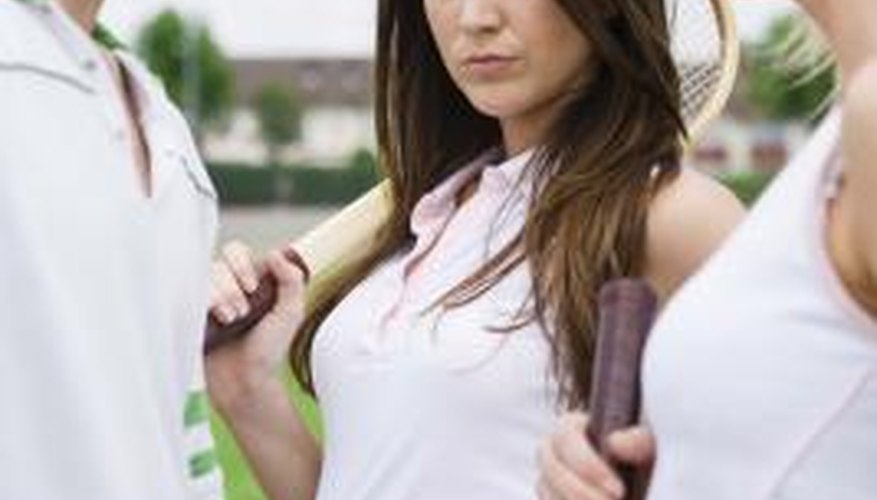 Jealousy is seldom pleasant, so you should recognize it, and avoid it.

If you are in a relationship, or want to be in one, you probably should be aware of things that make women jealous. Of course, these things will vary from woman to woman, as not everyone is the same. But, it is important to be aware of some common feelings and actions that often create jealousy. If you are aware of these things, you can avoid them and keep your relationship on an even keel.

Insecurity is a phenomenon that occurs in both men and women, notes psychiatrist and 'Today' contributor Dr. Gail Saltz. When a woman is extremely insecure she will not be able to believe that deep-down her husband or boyfriend could really be interested in her. This insecurity will manifest itself when she sees him interacting with other women, and since she is so sure that she's not worthy of his love, it will only take a small, harmless reaction to convince her that he's seeing someone else. The more insecure a woman is, the more prone she will be to jealousy.

Some women need a lot of attention and affection. This can stem from insecurity, suggests licensed marriage and family therapist Tina. B. Tessina, or it can just be part of who they are; some people require more attention than others. This can cause jealousy because if you are giving one person attention, an insecure woman may assume that this will somehow detract from the attention she typically receives from you. Therefore, a particularly needy woman will not like her boyfriend's attention to be monopolized by anyone else. If it is, she will become jealous.

If a woman is with a man who she sees as substantially superior to her -- be it in looks, fitness, fashion or financially -- then she may become jealous around him. This, too, boils down to insecurity in one's self and feelings of inadequacy. Until a woman realizes that she's enough and feels secure in the relationship and in her partner's love for her, she will continue to experience these jealous emotions.

Women who are in relationships sometimes become jealous of their boyfriends' female friends. This is particularly true if there is romantic history between the boyfriend and the friends in question. This jealousy is caused by seeing the close rapport that some men enjoy with their female friends. Some insecure girlfriends will be jealous of what they perceive as emotional intimacy.

Some women have a hard time trusting their partners. This is often because they were betrayed in the past, either by a boyfriend, husband or even a family member or close friend. Once this trust is broken, it is very difficult to get back. If a woman doesn't trust her boyfriend, she will be more prone to jealousy.

Jealousy can come from a lack of information. If, for example, a woman sees pictures of her boyfriend with another woman on a social networking site, she may become jealous, if she doesn't know who this woman is. This is because her imagination can run wild with the unknown; if she doesn't know that the woman is his sister, his best friend's girlfriend, or his roommate, then she can invent romantic histories and liaisons, due to her lack of information.

Women can get jealous, if their partners are not spending enough time with them. If you don't spend enough time with your girlfriend, then you are failing to nurture the connection between you. As this connection gets less-strong, she may become more insecure in the relationship. This insecurity will manifest itself as jealousy. So, make sure you take time for her, if you are travelling often, working often or otherwise occupied by a project.

Not all jealousy is in romantic relationships. Women (and men) will sometimes become jealous of their peers if they have better things, more money and generally give the perception of a better life. This jealousy is sometimes stoked by the people it is focused on -- if someone gets a new car and makes sure to pick up her best friend in it, this may be a move to make the friend jealous by showing her the car.

Jealousy comes from the way one person interprets another person's behavior. A woman may become jealous solely because of the way she interprets the way her husband looked at, or talked to, someone else. This interpretation comes from inside her, not from her husband's behavior.

Jealousy is not always unreasonable. If a woman's boyfriend is consistently hard to reach and consistently comes home late smelling like someone else's perfume, then she will likely be jealous. However, this jealousy isn't unreasonable, particularly if he can't provide a reason as to why he doesn't answer his phone and where the perfume smell is coming from. Keep in mind that, while jealousy does come from insecurity, this doesn't mean it is always incorrect and irrational.

Sam Grover began writing in 2005, also having worked as a behavior therapist and teacher. His work has appeared in New Zealand publications "Critic" and "Logic," where he covered political and educational issues. Grover graduated from the University of Otago with a Bachelor of Arts in history.