How to Ask a Girl Out in a College Class 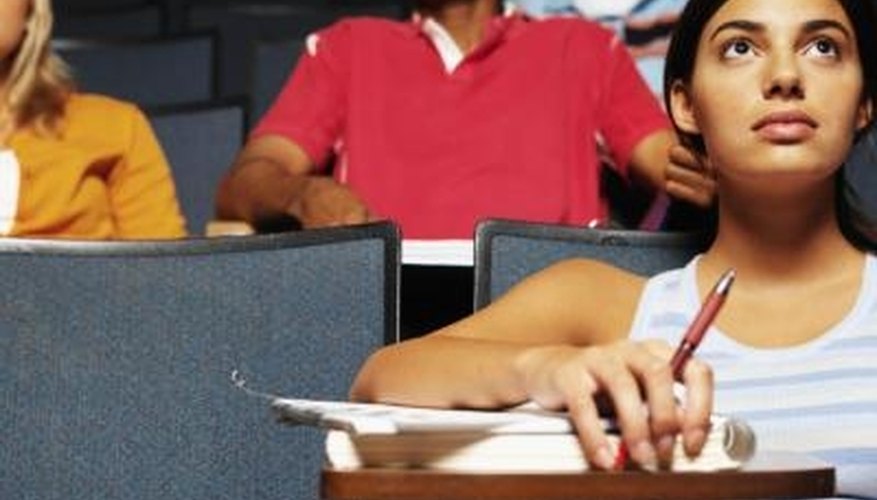 Ask a girl out by getting to know her.

Asking a girl out can be a bit nerve-wracking, even in college. If you like someone and want to ask her out, get to know her a bit before asking her. By asking her out casually, you don't put as much pressure on her. You don't want to put pressure on her because you still have to see her in class whether she says yes or no. If you maneuver yourself into her social circle within the class, you can increase your chances of asking her out successfully.

Sit near her during class, like behind her or next to her. When you sit near her, you then open the door to a possible before-class conversation or talking with her when the professor asks the class to discuss a topic during class time.

Introduce yourself so she knows who you are. A simple get-to-know you conversation can lead to other

conversations. Ask her questions. You will be able to get to know what interests her by having a casual conversation.

Arrange for a group study and invite her to study with the group. This will give you an excuse to ask for her phone number and see her outside of class. By studying in a group, she won't feel as pressured as she would if you were suggesting a one-on-one study session.

Ask her out when her and you are by yourselves, away from your fellow classmates. Walk with her after class and ask her out then. Keep it casual. Remember to use any of her interests to ask her out with. For example, if she says she likes a certain band and there's a concert coming up, ask her if she would like to go with you to that concert.