How to Get The Boy You Want 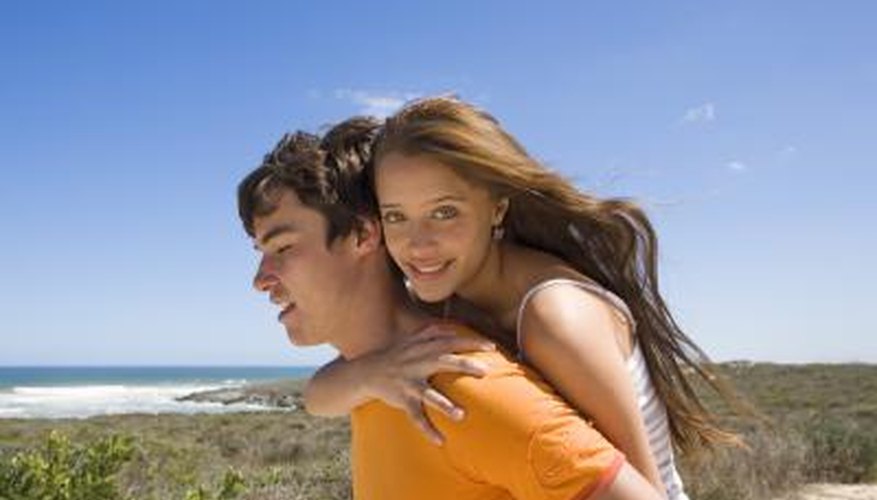 Get the boy you want and venture out to see new places on your dates.

You see him across the room. He's ridiculously cute and you would love to make him your boyfriend. Before you go asking out the boy of your dreams, step back from your desires for a minute or two and gather your thoughts. It's much better to do a little artful maneuvering to convince the boy to ask you out instead of the other way around, as dating coach and author Liz H. Kelly told Cosmopolitan online. Boys like the chase, so let him think he's chasing you. When trying to get the boy you want, act in an understated way so you avoid looking desperate.

Ask a mutual friend to plan an outing and invite both of you. Talk the the boy while on the outing, but avoid monopolizing his attention. Leave the boy wanting more to increase the chances he'll ask you out on a date.

Dress in curve-hugging clothes to show off your body. Find a balance between accentuating your figure and showing too much skin. You don't want the boy to ask you out for purely physical reasons.

Show confidence when you're around him by standing up tall with your shoulders back. Speak positively about yourself and avoid seeking his reassurance to get attention. Boys are attracted to confident women, as Dr. Jim Houran, a relationship psychologist, shared on Cosmopolitan's website.

Tell jokes. Boys like girls with senses of humor who can make them laugh, according to eHarmony.

Find out about the boy's interests and talk about the ones you have in common. Boys like women who are passionate, according to Houran. Getting a lively conversation going may convince the boy you want to ask you out.