How to Get Your Boyfriend Out of a Bromance 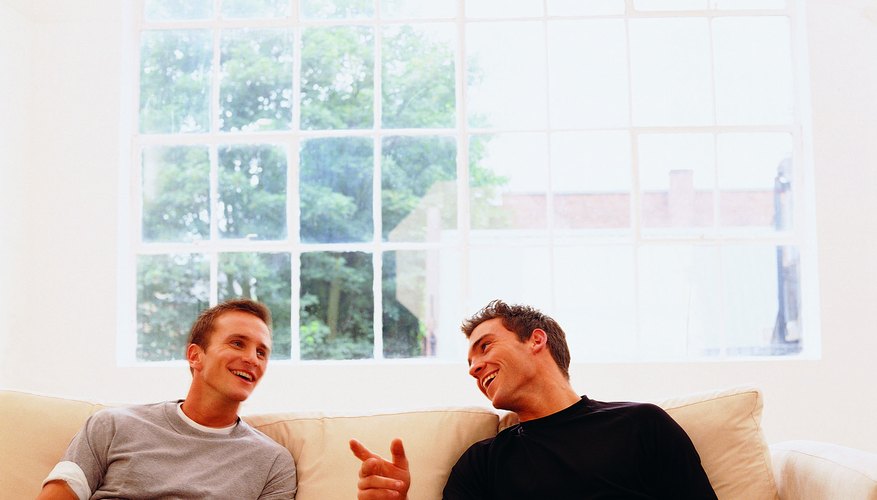 Trying to get your boyfriend out of a bromance can easily backfire on you.

If you’ve found yourself competing for your boyfriend’s attention and your rival isn’t another woman, your romance may be taking a back seat to your man’s bromance. While your guy needs friends, his bond with other men shouldn't leave you feeling like the odd woman out. You could lay down an ultimatum and ask your man to choose between you and his buddy, but you have a better chance of regaining his focus with honesty, trust and a generous helping of freedom.

Let go a little. Giving your boyfriend the freedom and space to enjoy a little guy time ensures that he’s happier and less stressed out when he does spend time with you. After a day of male bonding, he’ll return to you with enthusiasm. Spending all of your time with your partner won’t allow him to grow as an individual, and curtailing his freedom ultimately makes him an unhealthy partner for you.

Embrace his bro. Listen when your guy extols the virtues of his male friend, get to know him and make him your ally. Ask to be included in some of their activities or invite his pal to join the two of you. Just don’t barge in when he’s in a “no girls allowed” mood; alone time with friends is important for guys, and you’ll end up feeling awkward when you’re not welcomed.

Tell him you miss him. Let your man know that you’re feeling neglected. A direct approach might be all it takes to get him to start paying attention to you again. Instead of lashing out and bashing his bromance, speak to your boyfriend in an honest, gentle way about your concerns. Ask him to make specific plans to do things in advance, to help get your relationship back on his calendar.

Remind your man what he’s missing. If your guy is still ditching you for his buddy after you ask him for more quality couples time, refresh his memory when it comes to all of the qualities you have that his male friends don’t. If other strategies for getting him to choose you over his bro haven’t been successful, it might be time to put your feminine wiles to work.

Melissa Lewis has worked as a freelance writer since 2004, gaining much of her experience by working in the marketing/PR field. She writes for various websites, specializing in the areas of marketing, home improvement, cooking and pets. Lewis studied English at the University of Wisconsin-Madison.