How to Cope with a Moody Boyfriend 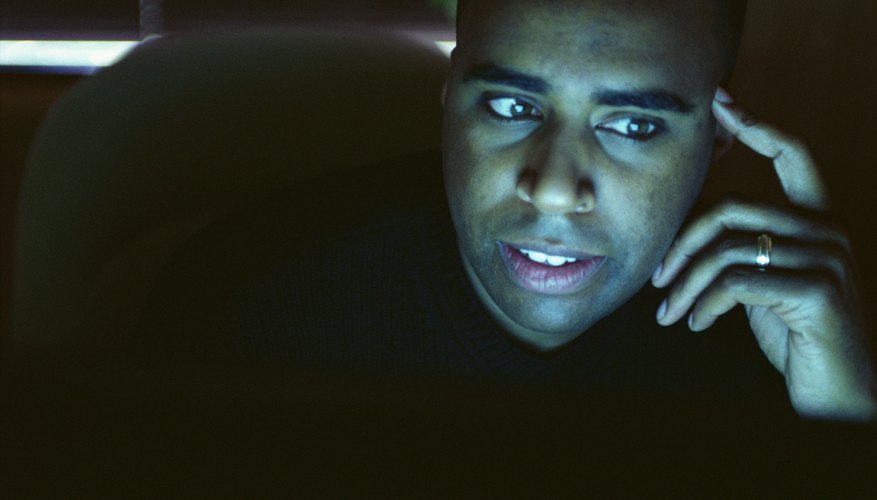 If he's being distant, he might just need some space.

While women often get a bad rep for being moody, the fact is that men can get moody, too. Understanding how to handle your boyfriend's bad moods can help improve your relationship and provide him with the love and support he needs to get through a difficult day, week or even month.

Try to determine the cause of your boyfriend's mood. Ask him if he had a bad day at work, a fight with a friend or if he lost something important to him. Learning the cause behind his mood is the first step to dealing with it. Don't be offended if he doesn't want to talk. He may not answer, but just asking shows him that you care and gives him an invitation to talk when he's ready.

Provide your boyfriend with time and space to sort out his negative emotions. Give him some time alone to calm down if he seems angry. Questioning him or attempting to talk when he's upset might only increase his irritability.

Retreat to your own personal space or activity to allow your boyfriend time to sort out his feelings. Grab a cup of coffee with friends, go for a walk or jog, read a book, or watch a television show. Try to stay engaged in your own activity while your boyfriend works through his bad mood.

Offer your support and listen if he wants to talk. Provide your boyfriend with an outlet for his moodiness, such as a night with the guys or a day that he can spend doing something he enjoys without interruption. Suggest that you participate in a recreational activity together several times a week, as this can ease your boyfriend's stress and anxiety.

Consider whether your boyfriend is depressed rather than just being moody. More than 6 million men in the United States suffer from depression each year, according to 2012 information provided by WebMD. While depression in women is often characterized by sadness and lack of self-worth, a depressed man might become irritable, angry and/or aggressive. A man might try to cope with his depression by working all the time, drinking too much, or isolating himself from others, notes MayoClinic.com. Think back to your boyfriend's moods over the previous month to see if you recognize a pattern of this type of depressed behavior.

Michelle Blessing has experience in child development, parenting, social relationships and mental health, enhanced by her work as a clinical therapist and parent educator. Blessing's work has appeared in various online publications. She holds a Bachelor of Arts in sociology from Bloomsburg University of Pennsylvania and is pursuing her master's degree in psychology with a specialization in applied behavior analysis.