What Are the Dangers of Dating a Coworker? 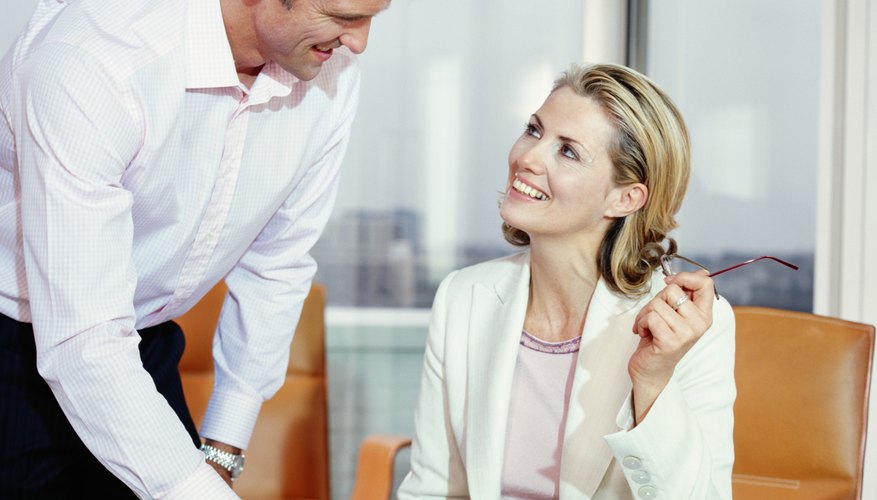 There are many negative consequences of dating a co-worker.

While it may be exciting, there are many reasons to avoid dating a co-worker. As much as you may like the person, it can cause a lot of problems for you, your co-workers and the company. Before taking that risk, know the dangers of dating someone you work with. It may save you trouble and awkward situations.

Check to see if dating a fellow employee is against company policy. In a 2013 survey conducted by the Society for Human Resource Management, 42 percent of respondents reported having a policy on dating in the workplace. Many reported banning romances between workers of different rank. The reason for rules against workplace romances is mostly to avoid conflicts such as favoritism and sexual harassment claims, says Christine Amalfe, human resources general counsel for Gibbons P.C. To avoid these possible legal conflicts, many companies strongly discourage any kind of inter-company romance. If you are found in violation of company rules, you may be transferred to another department, receive a formal reprimand, get suspended, or even fired.

Dating a co-worker can be a huge distraction, and can negatively affect the quality of your work. Having a romantic relationship with somebody you see every day can consume your thoughts, take the focus off your job, and cause you to become less productive. The distraction will only get worse if the relationship does not work out, especially if it ends on bad terms.

Whispers of a company romance can spread like wildfire if people catch on. When this happens, your relationship is not only a distraction to you and your partner, but also to your other co-workers. This can start jealousy and rumors of favoritism, especially if a supervisor is dating a subordinate and gets promoted or gets a raise. Co-workers may look down on these relationships and report them to human resources.

The worst part about dating a co-worker is having to deal with the break up if things do not work out. Having to face your ex at work every day may not only be emotionally painful, it may be really awkward. It can be hard to ignore your ex if you are required to communicate when working together. If the relationship ended badly, it can be difficult to leave your emotions at home and be professional. There is also a possibility that one person may be angry and purposely cause trouble for his ex, by not cooperating, or treating her badly.

Sarah Casimong is a Vancouver-based writer with a Bachelor's degree in journalism from Kwantlen Polytechnic University. She writes articles on relationships, entertainment and health. Her work can be found in the "Vancouver Observer", "Her Campus" and "Cave Magazine".