How to Decode Men's Behavior 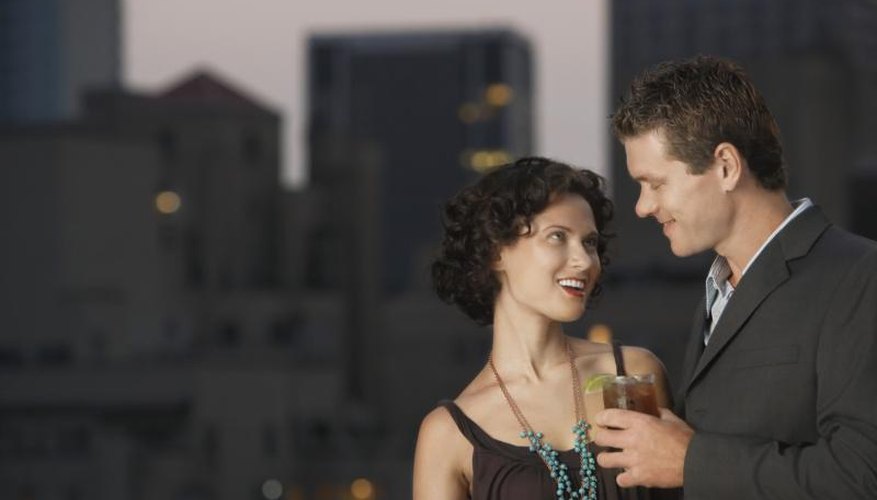 Woman looking at man during date

If men are more like mysteries than mates to you, understanding them takes a keen eye and ability to decode their behavior. Making sense of what a guy says, what he does, and how he acts may seem foreign if not oddly illogical. That said, with a little knowledge, you can comprehend a man's actions and behaviors, giving yourself a leg up in the dating and relationship world.

You're in the midst of an argument with your guy when he up and walks out. You run after him, making every attempt to talk it out and express your emotions. He clams up, freezes and flees. His behavior is actually completely common for a man. Researchers at the University of Pennsylvania School of Medicine found that men tend to have a natural flight response to stress, while women focus on nurturing the conflict. If he seems to run away every time a problem creeps up, his behavior is likely this response in action.

You need comfort, and he doesn't offer up that loving hug or compassionate arm around the shoulder that you would like him to. Your man's behavior isn't necessarily indicative of his lack of interest or inability to care about you. Men tend to show compassion less through touch than women do, according to the study "Gender and the Communication of Emotion Via Touch" in Sex Roles, A Journal of Research. His lack of touch when it comes to your notable distress may simply show that he doesn't feel comfortable responding in a physical way to your strong emotions.

He's stone-faced when you think he should show his sadness. If your guy acts cool and collected when you are in an emotional tizzy, it's likely that you're seeing him internalize what he's feeling. While women tend to express their feelings in an obvious outward way, men often take their emotions inward in a way that allows them to have a basically blank face, according to author and communication consultant Audrey Nelson on the website Psychology Today.

Your man's seemingly stoic behavior may have roots in social influence. The stereotype of the the unfeeling male is a masculine stereotype that may significantly influence his behavior. When he acts aloof, doesn't call you back, or seems like he just doesn't care, it's possible that he's acting the way he thinks that men should behave. This doesn't mean that he truly doesn't care about you or that he's cold. Instead, it's more likely that he believes society expects him to "act like a man."