What Are the Differences Between the Male & Female Language? 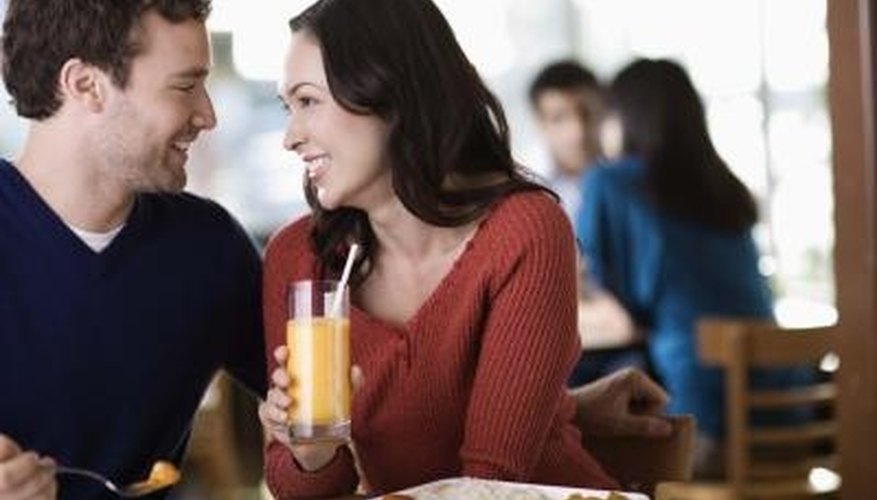 Although male and female language patterns have grown increasingly similar over time, some differences still persist.

The language patterns for each gender have become less defined as gender roles have grown less rigid. Female displays of authority and male displays of emotion through language have become increasingly acceptable in society over the past few decades. Nonetheless, some noticeable differences between the way men and women speak still persist.

Male and Female Language in the Past

In past decades, there existed very clear-cut differences in the way men and women spoke. Women were significantly more likely to use linguistic techniques known as hedging devices that can serve a number of purposes: They can express that a speaker is unsure or uncommitted to what she is saying, indicate an unwillingness to give up one's speaking turn or work to soften an utterance so as to not hurt the recipient's feelings. Hedging devices include fall-rise intonation patterns: phrases such as "I think," "I assume" and "sort of"; adverbials such as "maybe," "probably" and "generally"; the modal verbs "may," "might," "would" and "could"; and tag questions such as "isn't it?" and "didn't he?" These differences often reflected the types of conversations that women and men had most often.

Women used language to communicate feelings and establish bonds, so it was more important to use devices that lessen the chances of hurting one another's feelings, while men used language primarily to transmit information meaning that their recipient's feelings didn't matter as much. Female language was also generally regarded as more polite and formal, while men were socially allowed more room to use profanity and nonstandard English.

Men are beginning to make more frequent use of hedging devices as cultural norms change and they are increasingly encouraged to express themselves emotionally. Differences remain, however, in the ways that men use some hedging devices. Whereas women tend to use the hedging device "you know" as an indicator of politeness, men use it when there is a presumption of shared knowledge between the speaker and recipient.

Men talk much less when engaging in conversations with each other; the emphasis is generally placed on physical activities such as fishing or playing video games rather than on verbal communication. When they do talk, they tend to choose conversation topics such as money, sports, cars, politics, sex and business. Men like to have the bottom line given to them before they hear the details, while the opposite is true of women.

Women adopt more traditionally male speech patterns as they occupy more previously male-dominated domains. Women now curse with much greater frequency than was deemed acceptable in the past and feel less obligation to speak with politeness and avoid "male" topics such as sex and sports. They still tend to downplay their authority by using hedging devices like "I think" and "I believe," which suggest that their beliefs apply only to themselves. Women still often focus more on verbal communication than physical activity when with other women and generally spend more time talking about topics such as home, family and relationships. They are more likely to engage in self-disclosure whereby they confide in one another about highly personal aspects of their lives. Women favor hearing the details leading up to the bottom line of a conversation rather than being given the bottom line first.

The differences in male and female language patterns make it so that men and women must often make adjustments in their speaking habits to communicate with one another. In the case of informal conversations, women seem to make greater efforts to keep the conversation going through asking questions. Men's language tends to grow more polite and formal when in the presence of women, and they consequently use fewer curse words. Communication between the genders becomes less confusing as the language patterns of men and women continue to merge over time. There is an increase in women speaking assertively in the presence of males as well as an increased tendency for men to speak on emotional subjects with their female counterparts.

Dawn Westin is an experienced professional writer who has contributed articles to publications including "South Magazine" and "The Inkwell." She holds a BA in English and professional communications from Armstrong Atlantic State University and currently takes courses at Georgia Southern University in hopes of soon enrolling in medical school.