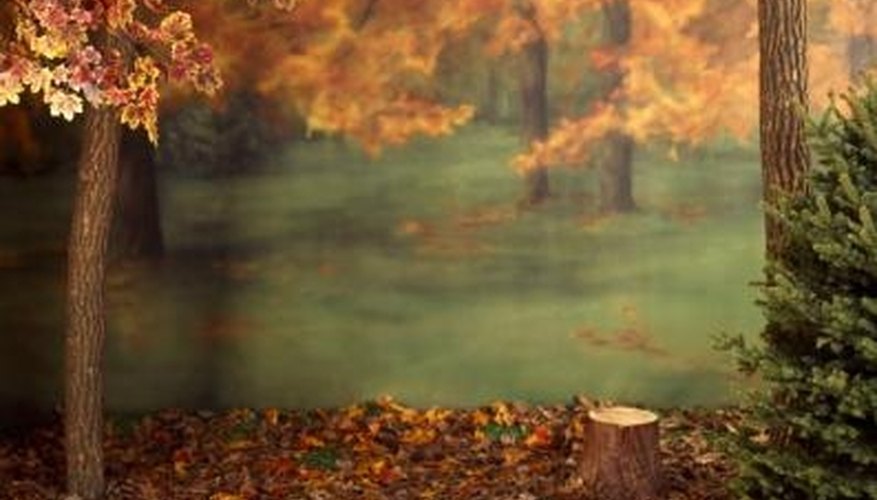 Autumn was a favorite theme of many Romantic poets.

Romanticism began in the late 18th century as a reaction against the values of neoclassicism. Romanticism encompassed not only literature but art and philosophy as well. The most famous English-language representatives of Romanticism include the English poets William Blake, William Wordsworth, Samuel Taylor Coleridge, Percy Bysshe Shelley, George Gordon (Lord) Byron and John Keats. Heinrich Heine and Alexander Pushkin were important Romantic poets in Germany and Russia, respectively.

Realism followed Romanticism, coming into its own about the middle of the 19th century. Its practitioners included the novelists Honore de Balzac (French), George Eliot (English), William Dean Howells and Mark Twain (both American).

Romantics, writers who practiced Romanticism, valued individual experience above all else. Romantic poets did not attempt to convey general sentiments or impressions; rather, they identified their own feelings about a subject and expressed them in verse form. Whereas a neoclassical writer such as Alexander Pope might have described an autumn scene using conventionalized imagery borrowed from Greek or Latin poetry, a Romantic writer like John Keats instead offered his own appreciation based on personal observation.

Romantic writers engaged a variety of themes, ranging from the mysterious and the primitive to melancholia and ancient mythology. William Wordsworth wrote extensively about nature. Robert Burns's poems focus on the experience of ordinary Scottish men and women. Mary Shelley wrote "Frankenstein" about the reanimation of a corpse. Romantics often allied themselves with radical political agendas, though that was not always the case: many consider Samuel Taylor Coleridge, for instance, an important thinker in the history of British conservatism.

Like Romantics, realists generally valued the experience of the individual. Realists, who worked much more in fiction than poetry, avoided imposing what they considered an artificial symmetry on their narratives through conscious plotting. Instead of trying to achieve the tidy conclusions that one finds in novels by Jane Austen and Charles Dickens, realist writers strove above all for narratives that approximated the experience of life. Realistic novels often focus on the inner lives of characters rather than on external events. In that way, realism prefigures modernism, whose most famous practitioners include Virgina Woolf and James Joyce.

Realists eschewed the abstract or fanciful themes of much Romantic literature. They focused instead on concrete issues, often of a moral or ethical nature, such as money or adultery. George Eliot's "Middlemarch," which Virgina Woolf, Martin Amis and Julian Barnes --- all respected novelists in their own right --- have singled out as the greatest English novel ever written, is primarily about the nature of education. Honore de Balzac and Mark Twain each examined rural life, with Twain adopting a more cynical tone than his French counterpart. Many of Balzac's novels, including "Illusions perdues," or "Lost Illusions," the work for which he is best known in the English-speaking world, also address city life.

Thomas Colbyry is a writer living in Marquette, Mich. Currently pursuing a B.A. in English, he works as a writing tutor and contributes book reviews to several publications. Colbyry often covers topics related to literature, specializing in early modern, Restoration, 18th-century and Victorian British literature, as well as the literature of Japan.