How to Flirt with A Guy Easily 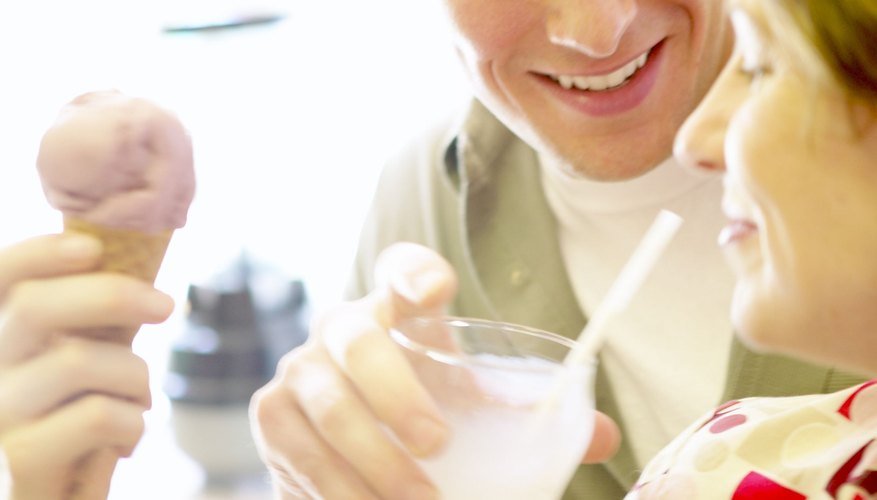 Flirting can be fun and carefree.

Talking to people you find attractive can be frustrating. If you are interested in a guy, you may find yourself turning into a flustered, bumbling, stammering idiot in his presence -- even though you are normally a cool, relaxed and calm woman. Flirting should be fun, breezy and easy. If you want to learn how to make flirting with guys look simple, all you need is a little bit of confidence and preparation.

Wear a dash of perfume. Smell is closely linked with physical attraction. Play up your natural scent with a perfume that is light, not overpowering. Think fruity and floral fragrances, rather than heavy musks. Avoid drenching yourself in perfume. You want to entice a guy, not cause him to run away.

Offer him compliments. When talking to a guy, show him that you're open to the idea of him by giving him some praise. Make sure you believe what you're saying, though, because you don't want to come across as fake. Flatter him by telling him that you love the tone and definition of his arms or his lilting Southern accent, for example.

Give off an air of mystery. If a guy is interested in you, a little bit of intrigue will drive him wild with curiosity. Reveal a little, but not too much, when talking about yourself. Play it coy. When he asks you about your personal life, smile slyly and ask him why he wants to know.

Tease him to show off your fun and vivacious side. Just be sure not to hurt his feelings. Laugh at him for his complete lack of knowledge about female fashion. Call him a nerd for spending his weekends studying in the library. Teasing is an easy way for two people to establish a dynamic that is easygoing, comfortable and relaxed.

Get near him. When talking to a guy you like, make a point to get just a tad closer to him. Lean in when you speak to him, like you're about to tell him a secret. "Accidentally" brush up against his arm when you talk to him. If you don't get a good reaction, respect his boundaries and don't do it again.

Use your eyes. To get a guy's attention, let him to catch you quickly glancing at him. When you notice that he sees you, quickly look away after flashing him a quick grin. When you're talking to a guy, keep fixed eye contact with him and give him your full attention. Never look bored or distracted when you're flirting. Keep your focus on him and not on your cell phone or other people in the room.

Ask him about himself. People adore talking about themselves, and men are certainly no exception. Show a guy you are interested in him by asking him detailed questions about his life. Find out what his hobbies are, what his favorite television shows are and what he does for a living. Let him know that you are interested in who he is.

Lars Tramilton has been writing professionally since 2007. His work has appeared in a variety of online publications, including CareerWorkstation. Tramilton received a bachelor's degree with a focus on elementary education from Kean University.