How to Flirt Intelligently 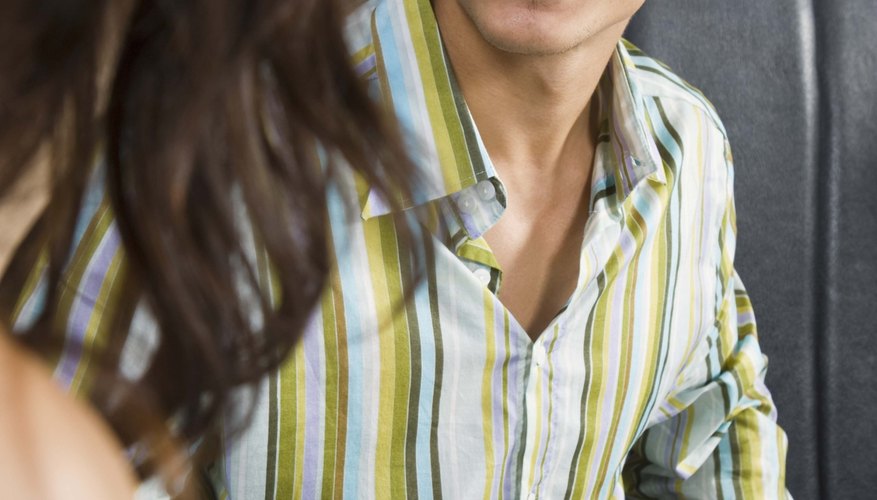 Listen with a warm facial expression to indicate interest.

Intelligent flirting can aid in winning dates with smart, powerful individuals. According to the Social Issues Research Center, initial impressions are only 7 percent affected by the content of speech, with body language and speaking style playing a more significant role on the outcome of the interaction. In addition to maintaining an attractive, well-groomed appearance, it is essential to project an interested, engaged demeanor. Intelligent flirts will strive to become well-versed in non-verbal communication styles, including body language, the importance of tone and indicating active listening.

Become well-versed in the science of body language. Displaying an open and interested posture when speaking to a potential love interest will project a much warmer attitude than crossed arms or legs. Make direct eye contact and initiate incidental physical contact, such as a light touch on the arm. Subtly mirroring the body language of the other party can support the concept of being in-sync with them.

Moderate tone and pace of speech to indicate an interest in the other individual. Speaking quickly and in a monotone voice can indicate boredom or a desire to end the conversation. Avoid talking too fast as this can also portray nervousness. Carefully monitor inflection to avoid giving the wrong impression; always raise the inflection at the end of a question. Speak slowly, clearly and in a warm, interested tone to keep the attention of the other individual.

Jasmine Henry has been a professional freelance writer since 2008. She has published literary criticism in the academic journal "The Birch." Henry holds a Bachelor of Arts in Russian and environmental science from Willamette University in Salem, Ore.