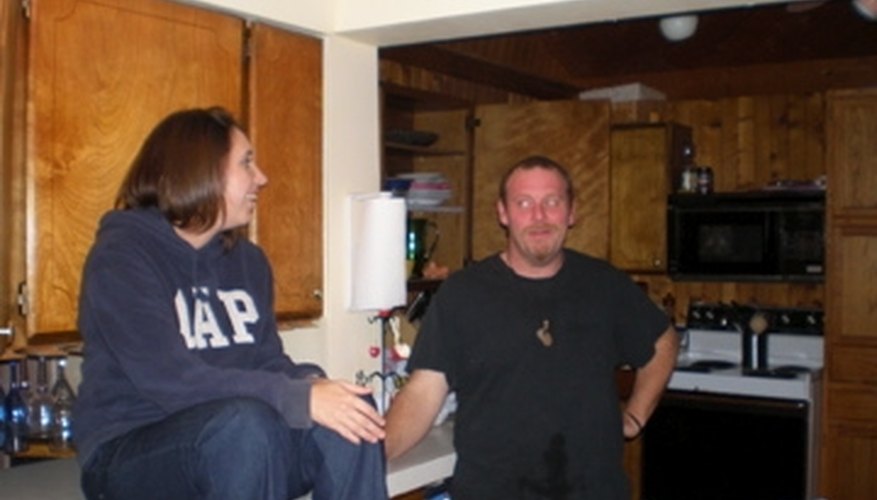 Flirting is a natural part of dating and even basic communication in some circumstances. Flirting allows people to express interest without having to make their feelings known in definite terms. Flirting involves an array of activities that might range from suggestive conversations to physical contact. Despite how often some people use flirting to communicate, for others who are less outgoing, flirting can be intimidating.

Pick events and locations appropriate for flirting. Generally, these areas should be social rather than business related. Obviously a party is an advantageous time to flirt; social places such as a fitness center may be less appropriate. According to the Social Issues Research Center, places ideal for flirting include parties, areas where alcohol is served, learning institutions (colleges), appropriate workplace areas, group sports or hobbies and spectator events (sirc.org).

Flirting is a two-way street, so appear available and interested when you are flirting. Sometimes it feels uncomfortable to be alone in a public place, and it's tempting to look busy by talking on the cell phone or reading a magazine. However, these activities often deter interested parties. Allow your eyes to wander, or circulate around the room to let people know you're there.

Confidence is a personality trait that appears to be universally appealing to potential mates. Confidence implies belief in oneself. Actions that convey this trait include smiling, walking tall and comfortably expressing one's opinions.

Body language is an integral part of successful flirtation. Many behaviors may be included in flirtatious body language. According to psychologytoday.com, psychologist Monica Moore of Webster University has spent thousands of hours studying flirtation. Moore found that women who send the most non-verbal signals during flirting have the most men approach them and are ultimately the most successful. Some of these signals included smiling, lip licking, pouting, giggling and nodding. Male signals that convey interest usually involve a projection of dominance, such as jutting the chest out or strutting.

Successful flirting should progress from nonverbal signals to a verbal conversation. Conversation should remain light and non-aggressive. Starting a conversation about capital punishment could create tension and discomfort, so stick with neutral topics such as career plans or hobbies.

Based in northern Michigan, J.R. Erickson has been a freelance writer since 2006. She has been published at the White Pine Press, Michigan Nature Association, Life in the USA, Storyhouse.org and The Four Cornered Universe. Erickson holds a Bachelor of Arts in psychology from Michigan State University.