How to Get a Girl to Give You a Second Chance 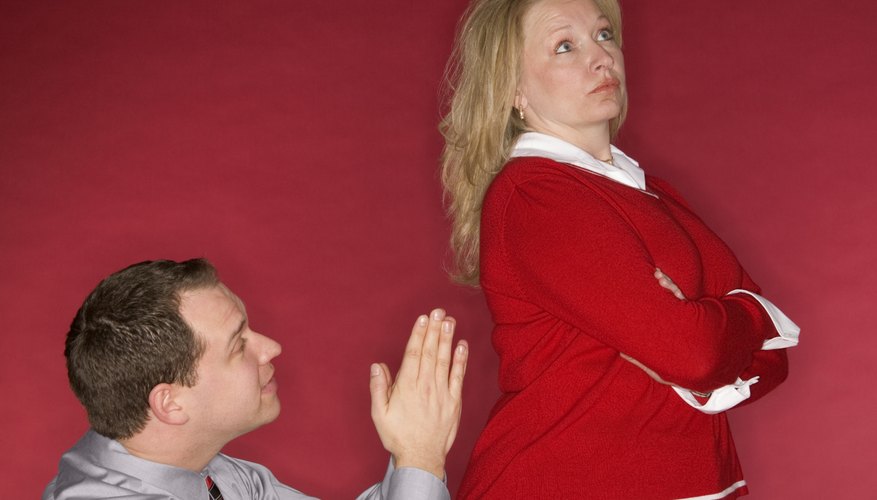 There's nothing wrong with a little humorous groveling to lighten the mood.

Acknowledge the fact that you made mistakes or a poor impression during your first chance with the girl. This shows that you are both humble enough to apologize and self-aware enough to understand that you did not make a very good impression, which she will likely appreciate.

Move onto another subject. If you apologize too much, you will seem insecure and self-obsessed. So, once you've apologized, start talking about something else.

Make a joke. It doesn't have to be particularly funny or inspired, but the effort of making a joke shows that you don't take yourself or your situation too seriously.

Keep an eye on yourself during the second, and any future, chances. This doesn't mean you should act like someone else, but you should try not to offend her again. So, just be nice and be yourself from now on.

Move on if she doesn't give you a second chance. There are plenty of women who would love to give you a first, second and third chance; if this girl isn't interested, then you need to look for someone else.

Sam Grover began writing in 2005, also having worked as a behavior therapist and teacher. His work has appeared in New Zealand publications "Critic" and "Logic," where he covered political and educational issues. Grover graduated from the University of Otago with a Bachelor of Arts in history.