How to Know If a Guy Respects Women 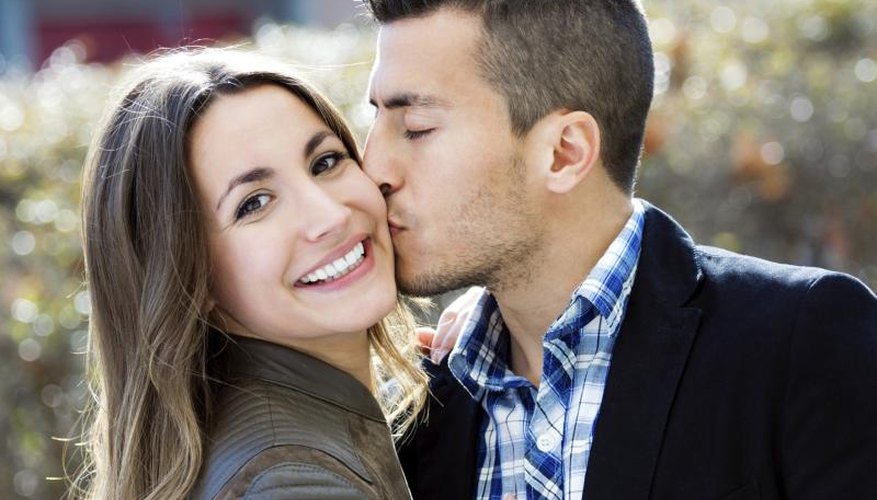 As the song goes, all you want is a little "R-E-S-P-E-C-T." If the guy who's caught your eye isn't capable of that, you'll want to seriously consider moving on. With that in mind, knowing how to spot a guy who respects women can make the difference between getting close and getting a cad. If you want to know whether a guy respects women, watch how he treats you -- and his sisters, mother, female friends and coworkers.

Read his body language. How he holds his head, walks into a room or sits down can say much about how he's feeling inside. A dominant man who doesn't respect others may raise his chin high, trying to hold his head above yours or anyone else in the room, according to communication coach Nick Morgan in his article "How to Detect Respect -- or Disrespect: Body Language Quick Takes" on Forbes magazine's website. He may also try to take up more space in the room with his body. For example, instead of giving you room to sit comfortably in a restaurant's booth, he may spread his arms and legs out.

Assess how jealous he gets. Respect doesn't just mean that he's nice to women or doesn't verbally put you down. Disrespect may verge on or move into emotional, psychological or physical abuse. Warning signs include acting jealous or possessive, checking up on you, violating your privacy and checking your phone or computer or falsely accusing you of things that you haven't done, such as cheating.

Question whether he appreciates women's beauty or objectifies it. Finding a woman attractive is normal and healthy. On the other hand, turning women into objects is a sign of disrespect. Sexual objectification makes a woman into an object of a man's desire and not a valued person, according to assistant professor of counseling psychology Dawn M. Szymanski and psychologists Lauren B. Moffitt and Erika Carr in their article "Sexual Objectification of Women: Advances to Theory and Research" in the journal The Counseling Psychologist. If a guy tells you that he thinks you're beautiful or compliments your new dress, he's being respectful. If he stares at your chest or makes inappropriate comments, he is disrespectful.

Watch how he treats other women -- such as his mother or his sister. If he shows respectful behaviors toward them, it is likely that his actions will carry over to other women. While this isn't true 100 percent of the time, a man who treats his female family members poorly may have little respect for other women. Likewise, if he finds working with women a challenge or won't admit that his female boss has authority, he may not respect women.