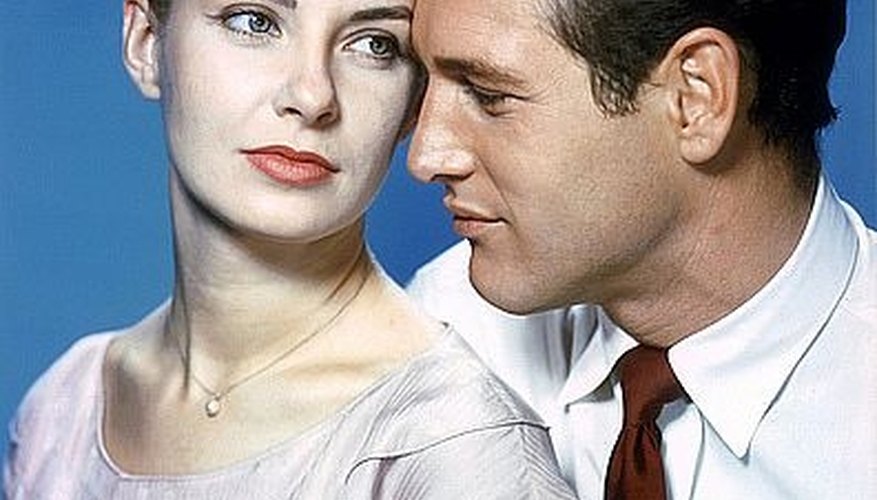 I guess it's easy for a lot of girls to assume if he wants me, he'll ask me out. This is not always true. Believe it or not, guys can honestly be afraid, or nervous about asking a woman or girl out. Even if they appear like they wouldn't be. From my experience, the girls that a guy really want, it becomes difficult to get the nerve to ask them out. It's different from asking out a typical girl, who they might just have casual interest in. Here are some helpful tips on figuring out if he wants you, and ways to help get him to ask you out.

Does he really listen and pay attention to you? When you talk about things, does he honestly listen to what you're saying? If a guy is honestly into a girl, more than just physically, they definitely pay attention to what a girl is saying. They definitely take mental notes as well. You can't quickly jump to the conclusion if he forgets one certain thing, that he's not interested. It's easy for anyone to forget somethings. Most guys don't pay much attention to a girl if they're not seriously interested in them. They either tune them out, or they get distracted by them physically. This article is more directed to whether a guy is seriously falling for you, rather than just casual interest. Otherwise a guys interest is very obvious. Casual interest from a guy will be directed strictly from flirting, to his eyes checking you out in a sexual manner constantly. Basically he looks at your chest, rather than your eyes when carrying a discussion. I don't think I have to tell women that, though.

Do the two of you have deep and meaningful conversations? A guy will really talk about things with a girl that they want. They'll talk about things that the typical guy won't talk about. They'll even share deep and meaningful inner feelings that they have about life, or about themselves in general. I must say, it would be very unusual if the two of you share these conversations, and he has no interest whatsoever. Guys don't do deep and meaningful with just anyone. Some don't do it at all. I guess you can never say never? If they're showing quite a bit of interest on your thoughts and opinions as well, then it's obvious that he's really into you. Now, if the guy is only talking about himself a lot, and tends to tune out your thoughts and feelings, then that might be different. These conversations have to be a two-way streak, for it to be without a doubt that he really wants you. To where he's not just talking for himself, that he wants to know what you think as well. He wants to hear your stories and thoughts. There's nothing casual and just friendly about that.

Friendly flirting and teasing. When a person gets nervous, or a little excited, they resort to innocent teasing, or friendly flirting. Now if this person isn't doing any of these things, and the first two steps apply to you, then he might not be aware of what he's feeling. It is definitely possible someone can want a person, and be oblivious to it. I've seen it happen before, so don't be discouraged. So you'll have to step up the flirting and teasing yourself. Try to get him to open up his eyes. Sometimes it can be something very simple, like just changing your hair cut to open up their eyes. Allows them to acknowledge what they really feel for you.

He's extra respectful and even polite around you. If he's going out of his way to be a little bit nicer, sweeter, generous, or even polite then this is very big. Compliments and sweet gestures is definitely a sign he's interested. There are casual niceties from others, but there's differences though. He smiles a little more at you, he's throwing out compliments and trying to charm you a bit. Every guy has a guy side to them. It is true that they might truly have these nice traits in them, but it appears they're showing them off. When they tend to go out of their way to show you these traits, then he's doing it for a reason. He's trying to impress you into thinking what a great guy that he is. They're not exactly going to be a rude, or act like a jerk to you.

They ask about you a lot. Especially if you notice they're asking about your social life, for instance boyfriend status. Take notice and see if they make a habit asking about your dating status quite frequently. They couldn't make it anymore obvious if they are doing this. One time doesn't always mean much, but if they're doing it more than that, it's not so subtle anymore. He's obviously wanting to keep tabs and see if you're available. Why he's not asking you out, will probably result into a few things. One, he's not worked up the courage to ask you out. Two, he might not be sure you're interested in him. It's a huge blow to a guys confidence, asking a girl out that they really like, and then be told that she's not interested. It's a major blow to a mans confidence.

Make it known you want him. He might not really know, because there are always a lot of mind games being played. Even mind games you might not be oblivious to, that you're playing as well. Let it be known basically, without saying it, that you want him. Make it more than obvious, make subtle hints revolved around him asking you out. To do this, you're going to have to pump some confidence into him. Make compliments on his physical appearance. Laugh more at his jokes, smile more, and throw in some flirty winks. Stop playing hard to get and let him know. If a guy can't figure out a girl wants him, when she smiles and winks, then there's nothing more that you can do. You can go against the old-school approach and ask him yourself. If he still won't ask you out, then he's probably scared and really insecure. He'll ask eventually, don't worry. It will eat at him too much.