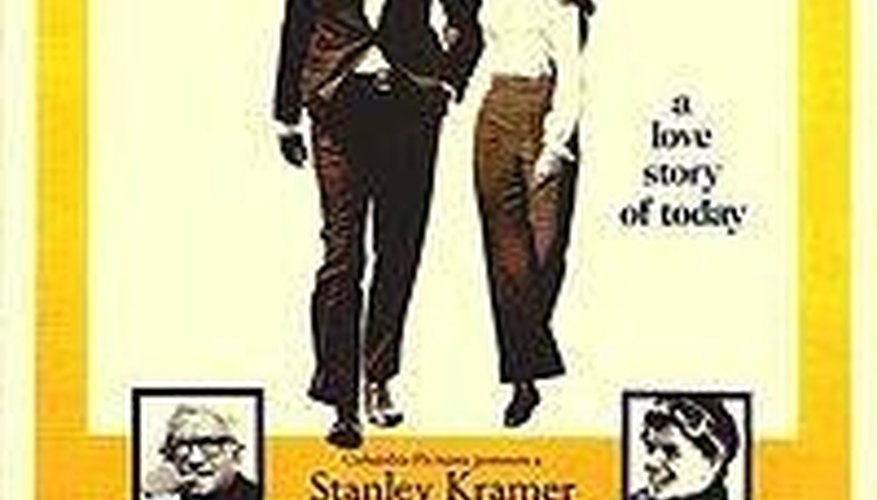 Since the beginning of American history, interracial romances have been considered controversial. The majority of these concerns stem from racist attitudes and beliefs. In addition, there are those who comment on the many challenges that face such couples due to their different backgrounds and experiences.
This is not only an American issue. Bans against interracial marriage have occurred throughout history in other countries, such as South Africa, Canada and Australia. Even though such laws are no longer on the books, a number of major organizations work openly or behind the scenes on pro-racist goals and activities.

Anti-miscegenation laws are a part of American history. The term "miscegenation" is derived from the Latin words "miscere," to "mix," and "genus," for "race." During the 1600s in the United States, anti-miscegenation laws were passed to outlaw both interracial dating and marriage. Eugenics, the impetus for selective breeding, made this situation worse two centuries later. Even in 1924, new laws were being passed against these relationships. The Virginia Racial Integrity Act stated that the race of every newly born infant had to be recorded and marriage between white and nonwhite persons was a felony. Thirty-eight other states already had formal laws prohibiting nonwhites and whites to wed. Finally, in 1967, the Integrity Act was overturned by the U.S. Supreme Court in Loving v. Virginia.

These anti-miscegenation laws not only impacted the African-American and white relationships. The first Asians who started working in America during the 18th and 19th centuries were nearly all men. Some of them married white women while living in the U.S. Yet, it did not take long for many people to consider these Asian-white relationships threatening. Thus anti-miscegenation laws were passed to prohibit relationships between Asians and whites. Regulations such as the Page Law of 1875, which banned Chinese women from the U.S., made relationships very difficult for Asian men. Few Asian women were living in America at the time, so dating was problematic, and the men could not bring anyone over to the U.S. for this purpose. To the contrary, after WWII, the U.S. military came home with Asian wives. Scores of women from many Asian countries came to live in the U.S. and brought their own families with them.
Today, interracial relationships with Asian-Americans occur frequently. The Census Bureau reports that at the turn of the century over 30 percent of Japanese-Americans had relationships with other Asian groups (e.g., Japanese and Chinese) or other races (e.g., Japanese and white). It is expected that within another decade, nearly 20 percent of all Asian-Americans will be multiracial. This number could be as much as 36 percent by 2050.

Many factors are involved with dating one person over another. In a 2002 study, about 330 California college students were questioned about their preference for dating versus marriage and having children. Because they were the majority American population, whites in the study usually chose marrying someone of their own race rather than another one. A small number of white men dated Hispanic woman but selected white women for marriage and children. Hispanic men chose women from their same culture for dating and white women for marriage. This may be because the Hispanic men believed that being married to a white woman could provide enhanced status and approval. Hispanic women chose African-Americans and Hispanics as dating partners. For marriage, most of these women picked white men, once again it is believed for increased status. Overall, blacks more frequently dated and wed African-American women. This may be due to the long tradition of prejudice and segregation. Asian-American men, like white and Hispanic men, selected Hispanic women for dating but white women for marriage and childbearing. Asian American women picked the African-American men as dating partners, but then, most likely in response to parental expectations, chose the Asian-American men to marry and for raising a family.

The sociologist George Yancey has conducted a number of studies regarding attitudes toward interracial dating. Analyzing the interviews of over 2,500 adults, he found that 36 percent of white Americans, 57 percent of African-Americans, 56 percent of Hispanic Americans and 57 percent of Asian-Americans had interdated. When looking at gender, men had more interracial relationships than women. When looking at location, Yancey found that both men and women at ethnically diverse schools were much more apt to interdate. There is a much better chance that whites have not been in many environments with people of color. This concept is called "propinquity," or the tendency for individuals to relate better to those near them geographically. In some areas of the country, such as the rural Midwest, there is a lesser chance for interracial dating because the population is not very diverse. However, Yancey's research also discovered that having a home in an integrated community or going to a church or synagogue with an ethnic mix of people did not increase interdating to the degree of going to an integrated secondary school or college.

What about interracial dating in the future? Will it increase or remain the same as today? As noted above, younger individuals are more accepting to racial integration than older people. A study of teenagers found that they had a very positive attitude about interdating. For example, 72 percent of these adolescents felt that people had interracial dates, since they cared about the other person. Fewer than 20 percent believed others their age interdated because they were rebellious or wanted to be "cool." Just about two-thirds of the white teens who had not yet been on an interracial date said they had nothing against having a relationship with a nonwhite person, and 58 percent of their black counterparts would be positive about dating someone who was not black. Yet a high number of these students said it would be difficult to date someone of another race in today's society. These studies show that there are still many factors that are influencing interracial dating, and it is not a subject that can be easily explained.