How to Identify the Early Warning Signs of a Disastrous Relationship 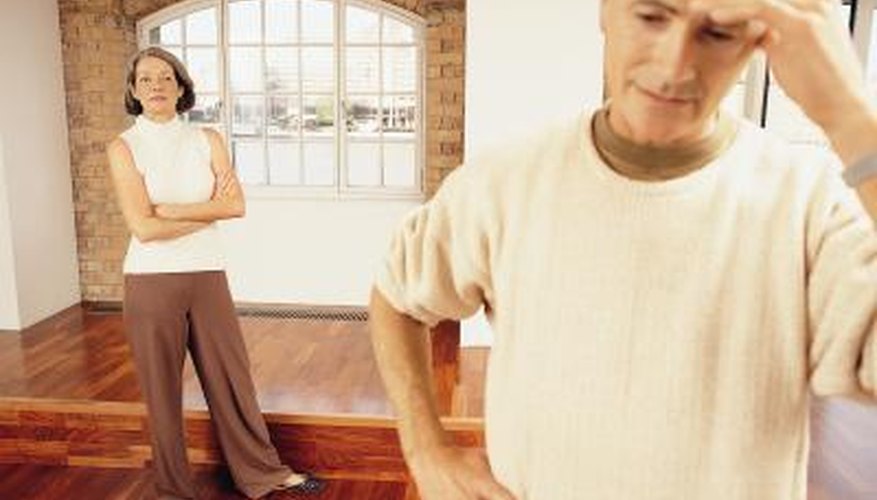 Couple having argument in home.

At the start of a new relationship it's natural to feel excited and focus only on your new love's good qualities. But if you view everything in an unrealistic, positive light it will be difficult to remain clear-headed and objective. It's important to be able to recognize the warning signs of what might be a disastrous relationship. Be aware of what your subconscious might suspect -- if you're feeling stressed it could suggest your new relationship is far from perfect. Early recognition of problems can save you from much pain.

Although it might initially be flattering to have someone showering you with loads of attention, beware of dating someone who demands to spend every moment with you. This could be a sign of pathological obsession and jealousy. Abusers usually get their victims to cut all ties with friends and family so they can exert control and be the sole influence in a significant other's life.

Pay attention to any negative comments made by your family or friends. If many are advising you to break off the relationship, it's a good idea to examine their reasons. Although you shouldn't expect others to enjoy your new partner's company as much as you do, if people are avoiding getting together because of strong objections to her, take their concerns seriously. Chances are they're more objective than you are, and if most of them agree your partner is bad news, she probably is.

You have reason for concern if your significant other seems to be holding you to a double standard. For example, perhaps he's frequently late for your dates and tells you it's not a big deal, but the one time you're late, he becomes indignant. It's also a bad sign if he complains a lot and blames others for his mistakes. If he's critical of other people, be careful. Even though he might praise you in comparison to a former girlfriend, he's likely to start finding fault with you as your relationship progresses, warns psychologist Steven Stosny in the "Psychology Today" online article "Are You Dating an Abuser?" Stosny points out that abusers often become the most critical of those closest to them.

Listen to Your Gut

Trust your instincts. If you're in a bad relationship, your subconscious might be more attuned to reality than your conscious awareness. If you find yourself constantly on guard, fearful of saying or doing the wrong thing, it might be because your partner makes it impossible for you to relax. You might also feel guilty about displeasing your partner and believe it's your fault even when it's not. If you're spending a lot of time worrying about how to make your partner happy, chances are she's not the right one for you. Good relationships are based on mutual trust -- so if you both have reason to be suspicious of each other, beware.

Freddie Silver started writing newsletters for the Toronto District School Board in 1997. Her areas of expertise include staff management and professional development. She holds a master's degree in psychology from the University of Toronto and is currently pursuing her PhD at the Ontario Institute for Studies in Education, focusing on emotions and professional relationships.