About the Issues of Interracial Dating 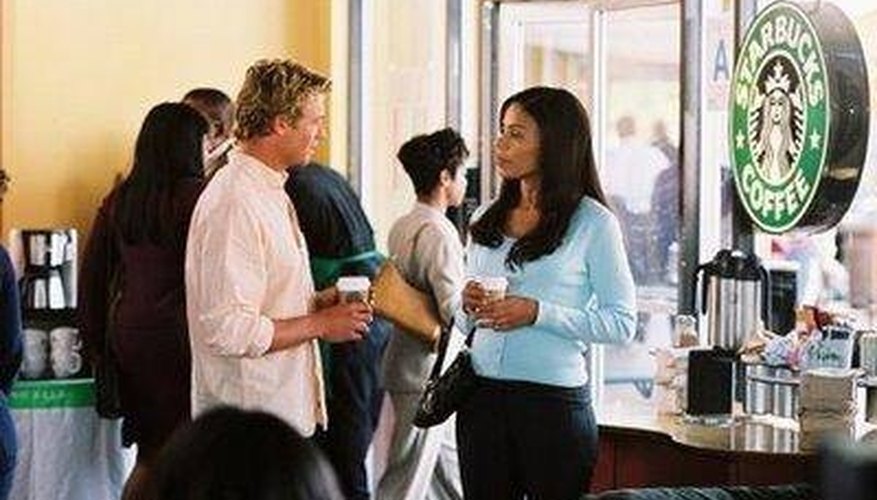 About the Issues of Interracial Dating

The number of people who are in favor of interracial dating is steadily increasing. However, the number of people who actually date someone of another race or ethnic group is definitely not as high. There are many challenges and issues that must be addressed when two people from different backgrounds begin to get serious about one another.

Interracial couples face a number of barriers, as do couples who are different religions or have different family backgrounds. For example, the couple will need to face negative comments about them, even from supposed friends and family members. In some families, a son or daughter who is interdating may be warned about being cut off if the relationship continues. Some people who say they accept interracial dating may feel different when they see it happening to someone they know. There are still many places in the United States where an interracial couple will draw whispers, negative stares and jokes. Such behavior can be very difficult for the couple. They have to have a strong relationship and communicate well about such issues.

Interracial couples must identify the barriers and general issues that face them. It is one thing to be in love, but it is another to actually deal with the realities of that love. The feelings themselves will not be the answer to the many decisions the couple has to make. For example, the couple must think about their families. What will be their reaction to a serious relationship or marriage? Will they be open to this or do what they can to end it? Will the two families be able to meet and get along? How does the couple feel about this? Do they care about their families' reactions? What about children? How will they be raised? How will the couple support these children when they face issues while growing up? Where will the couple decide to live? Do they want to find a location that is more open to interracial dating and mixed marriages? Or do they want to live in an area they really love, even if they know it will be less open to them? What happens on holidays and other celebrations? Do they celebrate differently? Do they want both of their backgrounds to be part of their relationship? More important, what about differences in religion and ethnic or cultural beliefs? What similarities and differences can the couple share? Such questions are only a few that must be considered as the relationship becomes more serious. The relationship depends on working through the differences and using the similarities as support.

An interracial couple needs to build up coping mechanisms that will make their relationship stronger. For example, they have to truly believe that what they are doing is right for themselves. Do they have the internal strength to cope with the difficulties that serious relationships bring, let alone the extra issues with interdating? People who interdate need to have the ability to not worry about what others think and say about them. They know they are doing what is right for each other and as a couple, and it does not matter how others react. The couple needs to be very open and accepting of each other's beliefs and cultures, even though they may be very different and difficult to understand. It is important to discuss such issues and think about some of the ways to solve this difficulty. Perhaps the couple can take what they consider is the best of both of their beliefs and come up with a new way of celebrating. There will probably be a lot of tears and anger at society's reaction, but it is important to have a positive outlook and a good sense of humor. It is difficult not to take other people's comments personally, but this is necessary. It is not the people in the relationship these individuals are addressing, but the relationship itself. The couple needs to continually look at what they have in common and enjoy it together. Making a list of "likes" is helpful. It makes the two see that there are many things they share. They should not try to ignore the situation and think that it will disappear with time. It is important for the couple to regularly talk about their differences and how to address them.

College students who are interdating say that they often forget that their differences go beyond color. They also have to look at other complex issues, such as religion, socioeconomic status, cultural background and political leanings. These are issues that any couple has to face as they become more involved. Some students do not want to face such issues, because they fear that they may have to give up something that is very close to them. Or they are afraid of the stereotypes that people have about such differences. There are also students who will have a "one-night stand" with someone of another race or even date that person, but not get serious. Others say they go out with someone who is different because they are curious or they want to do something that is usually considered wrong. This is not being respectful to others and can only hurt both people.
Students on diverse campuses have to remember that the culture where they are going to school is different from society as a whole. If they are in a serious interracial relationship, the two have to question what happens after graduation when the geography changes? It is also important for the couple to look at their future goals. What kinds of work will they be doing? Will they be living in the U.S.? What is most important about their jobs? Do they want to make a large income, and their interest in the job comes second? Or are they willing to take less money for a position that gives them personal satisfaction? How important are "things," such as house, car, travel and new clothes? Some people decide that these similar goals are more important than race, religion or ethnic background. When the couple is dating, how much are they reaching out to their friends? Are they doing activities with the other person's friends and family members? Or do they only see each other and get together with their own friends separately? What does that say about the relationship? Have they ever considered joining a multicultural group of other individuals and couples who are sharing similar issues?

In his 1995 book "Mixed Matches: How to Create Successful Interracial, Interethnic and Interfaith Relationships," Joel Crohn says that each culture has a combination of different values of varying importance. These values help people help make personal decisions. It is important for the couple to sit down and discuss these cultural distinctions. The first one is time. How does each person feel about it? Are they planners for the future or always living for the day? Do they think about the past and how their cultural history and personal experiences can help define who they are today? How can they work on these positive traits together? The second important cultural element is the nature of the universe. How does each member of the couple feel about the world? Are people inherently good? Is there something in the world that makes everything result in the best? Or is the world essentially negative? Do people do what is best for themselves first? Can anyone be trusted? Does evil exist? Or perhaps the world is completely not good or bad. It is up to each person to make it what it is. The third concept is family cohesiveness. How close is each person to his or her family? Is family something that is essential to always consider? Or does the person feel that his needs come first and then the family's? Or it is necessary to find a middle ground? Emotional expressiveness is the fourth element to consider. Some people always express their feelings and are very open. Others are closed and have a difficult time expressing themselves. Others know when to keep their feelings to themselves and when it is OK to express how they feel. The fifth issue is interpersonal relations and how a relationship is structured. Do people believe in a top-down relationship where position and tradition are essential to follow? What about someone who believes in cooperation at all costs, when following the needs of the team is more important than individual goals? Or do they believe that the structure is based on the goals for self? Lastly are gender roles. Are men and women equal? Can they do whatever they want regardless of gender? Or are there certain things that are controlled by the man or the woman, and these divisions must be defined? Clearly, these are major issues to consider for all couples, interracial or not.