What Is the Ladder Theory? 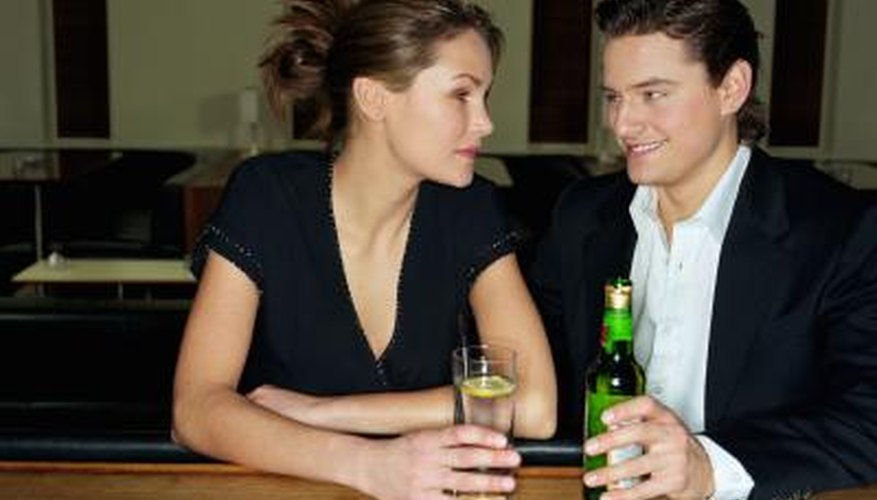 Young man and woman on date at bar

The Ladder Theory is a controversial social formula for simplifying attractions between men and women. It posits that each man has a subconscious sliding scale, or ladder, which ranks every woman he meets on how much he would like to have sex with her. Women, on the other hand, have two ladders for ranking men: sexual desirability and friendship potential. Since a man has only one ladder, the theory states that heterosexual men and women can never be friends.

The Ladder Theory was developed in 1994 in Exeter, California, by Dallas Lynn, who acknowledges Jared Whitson for helping to formalize the theory. Ladder Theory has since become a social ideology, or way of thinking about behavior, that now has its own web pages, blog commentary, followers and critics.

Lemma 1: When members of the opposite sex meet, each person rates the other for sexual attractiveness. This rating places a person on a ranking system called a ladder. The higher the perceived attractiveness, the higher the rating on the ladder.

Lemma 2: Women rate men based on money and appearance, while men rate women on appearance and perceived sexual availability.

Lemma 3: Men have one ladder for all women. Women have two ladders for men: friends and potential sexual partners.

The man's ladder is ranked on the following:

The woman's ladder is ranked on the following:

Money/Power: 50%. This explains why unattractive men of wealth and influence are with beautiful women.

Attractiveness: 40%. This category has four components, 50 percent physical appearance, 20 percent competition, 20 percent novelty and 10 percent other. According to the theory, a woman is more attracted to a man who is interested in something or someone besides her. Also, according to theory, a man's attractiveness depends upon how long a woman has known him and how different he is from other men she knows. Other, in the Attractiveness category, is undefined.

Other: 10%. The personality traits most women find attractive are sense of humor, intelligence and sensitivity.

Once a man is placed on a ladder, he stays there. Thus, even if a man is well-ranked on the friends ladder, he will never have sex with the woman. Men who attempt to go from friends to sexual partners are called “ladder jumpers.”

Lynn claims that Ladder Theory is “based upon many years of sociological field testing.” Without data, however, this claim most likely refers to personal and anecdotal experience. Ladder Theory, therefore, is largely a social ideology which draws much criticism and debate, such as that reported by Evan R. Johnson in his article, "Climb That Ladder," published on The Harvard Crimson website. Johnson asked Harvard college professors for their views on the theory, and he was told that Ladder Theory is based on extremes and caricatures, rather than dynamic individuals, and for that reason it is not likely to make into the core curriculum.

Ileana Weinstein is a fashion blog writer and music teacher in Virginia. She received her bachelor's degrees in English and music from the University of Virginia in 2006. Since then, she has worked to empower people through the aesthetics of fashion and musical performance.