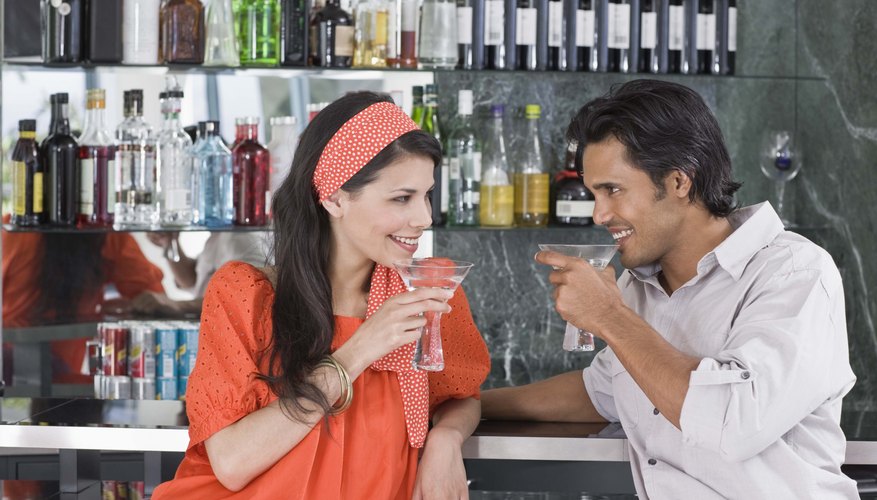 Send clear signals so there is no confusion between the two of you.

While it is OK for the woman to make the first move when it comes to dating, some still prefer for the guy to make that initiative. However, sometimes a man is clueless and does not realize you like him and want him to ask you out. If you really want him to realize you are interested, you need to give him some cues. As long as he notices these cues, you increase the chances he will ask you out.

Catch his eye and smile at him. In some cases, this is the only thing you need to do to attract his attention and give him the go-ahead signal. However, some men require a few more clues before he is sure of what you are trying to say.

Sit close to him with an open posture. Lean slightly toward him. Don't be afraid to touch him. For instance, allow your knee to touch his or your shoulders to brush against each other. Avoid sitting with your legs or arms crossed, as this exhibits disinterest.

Flirt with him. Flip your hair, laugh at his jokes, lick your lips and divert your eyes down while he talks. Some men are used to women flirting for entertainment, so don't expect this to work if it is your only signal. Combine flirting with other signals.

Talk to him. Even if you don't want to make the first move, start a conversation. Ask him questions about himself and avoid only talking about yourself. Make an effort to remember things he tells you for future reference. He will appreciate it if you can show you have been listening to him.

Arrange to run into him whenever you can. If you share a mutual friend, keep track of where he will be and make an effort to show up. This is easy to do if your mutual friend is also at each location. However, avoid looking as though you might be stalking him.

Ask your friends for information about the guy you are interested in. If you already know something about him going into a conversation, he will know you were interested enough to ask about him.