How to Make a Guy Become Really Interested in You 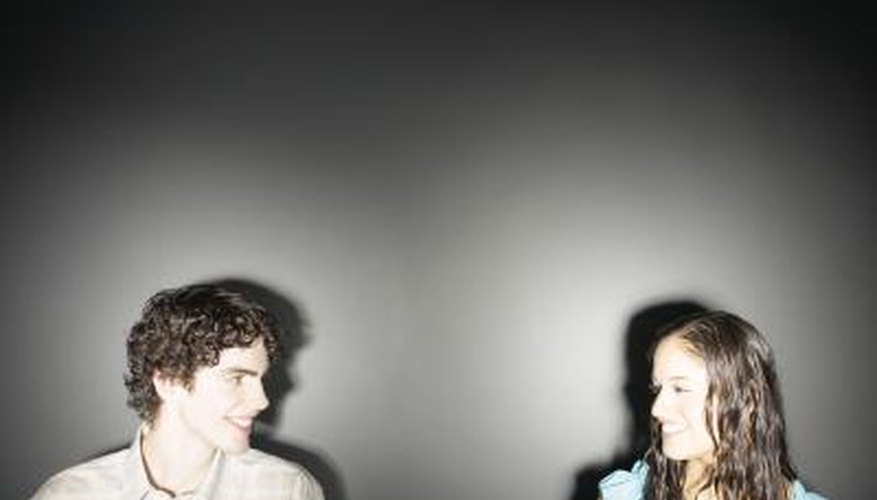 Be yourself when you want to make a guy like you.

When you like a guy, but you aren't sure whether he is interested in you as well, it can be disappointing and frustrating. Rather than just waiting for him to start to like you, there are some things that you can do to try to make him see you the same way you see him. However, you should remember that you can never make someone like you who simply doesn't, but you can put your best foot forward.

Make sure that you are really interested in him before you devote time to trying to make him interested in you. Many women become focused on looks, but you should also be interested in his personality, hobbies and other aspects of his life.

Behave confidently when you talk to him. Men are attracted to confident women, so don't make disparaging remarks about yourself. However, you should not be cocky. Speak directly and honestly about yourself, your career or school and other aspects of your life.

Be yourself when you are around him. Many women are guilty of trying to make a guy like them by trying to become who they think he will like. Don't pretend to like things he likes or change your personality to be like the person he used to date. If you do those things, he will eventually find out that the person you were pretending to be is not who you actually are.

Ask him questions about things in which he is interested. Show him that you are interested in him, along with the things that he likes to do. Do not fake the interest or pretend to like the same things; simply be honest.

Avoid becoming obsessed with making him like you. That can result in you trying too hard, which will not be attractive. If he does not seem to be responding to you, let it go and move on to the next guy.