How to Make Your Man Grow Up 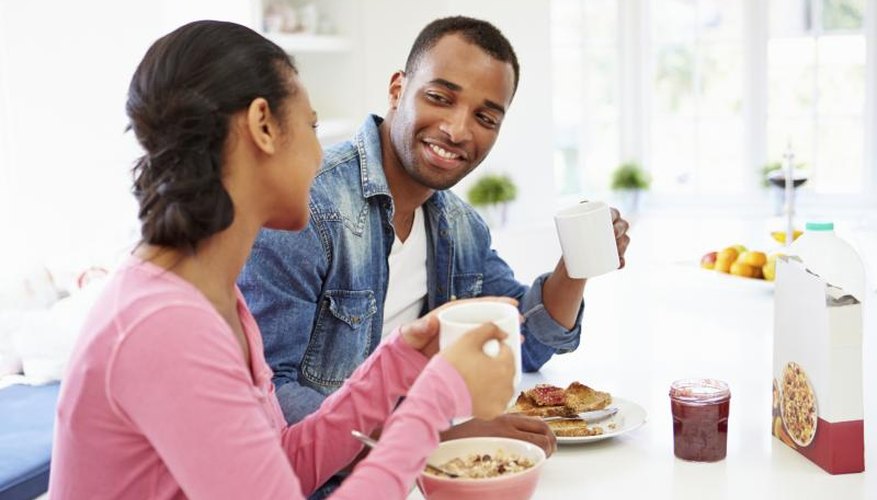 He doesn't want to commit -- not to you, a job, a house or anything else it seems. A mature person can commit, make thoughtful decisions, asks for help when needed and understands how to put other people before himself. When your man won't grow up, these immature actions can affect your future, too. While you can't force him to act like an adult, you can help him to address his issues and make positive changes.

An immature boyfriend may find it a challenge -- or just not care about -- solving problems in a thoughtful, rational way. A mature man can handle tough situations that are emotionally charged or complex without losing it or acting out, according to dating coach Christian Carter in the article "How to Know If Your Significant Other Is Ready to Get Serious." Don't indulge his childish ways of handling problems. Whether his boss isn't thrilled about the work that he's turning in, the two of you are arguing or he's having a family conflict, walk away when he throws a toddler-like tantrum or ignores the problem. When he's ready to act like an adult, talk the issue through with him and help your guy to come to a rational solution.

A mature man is able to show gratitude for what he has without a feeling of entitlement. Help him to take a step back and see what he has by discussing the positive parts of his life. The more that he sees what he has, the more he'll want to do to hold on to it. For example, if he expects that you'll always cook dinner for him and do his laundry -- without so much as a "thank you" -- point out that without your help he'd be eating microwave dinners while wearing his PJs.

Maturity means putting aside impulsive actions, according to licensed counselor Aaron Karmin on the website Psych Central. If your guy shows up with a new sports car, buys a puppy out of the blue or texts to say that he's taking an impromptu trip to Vegas, he may be adventurous, or he may have a child-like lack of impulse control. Make him accountable for his impulsive actions, and don't financially or emotionally contribute to the results of these behaviors. For example, don't help him to pay off credit card bills for impulse purchases. He needs to take responsibility for the aftermath if his immaturity.

Consider the possibility that your man doesn't really understand what a "grown-up" is. Maybe he thinks that he's acting adult or just figures that mature behavior is for much older guys who are married and have kids. Show him the way with your own "real" job, ability to keep commitments and decision-making process. For example, show compassion for your annoying co-worker instead of making her the office joke. Demonstrating the mature path provides your man with a road map to follow.