How to Marry a Rich Man 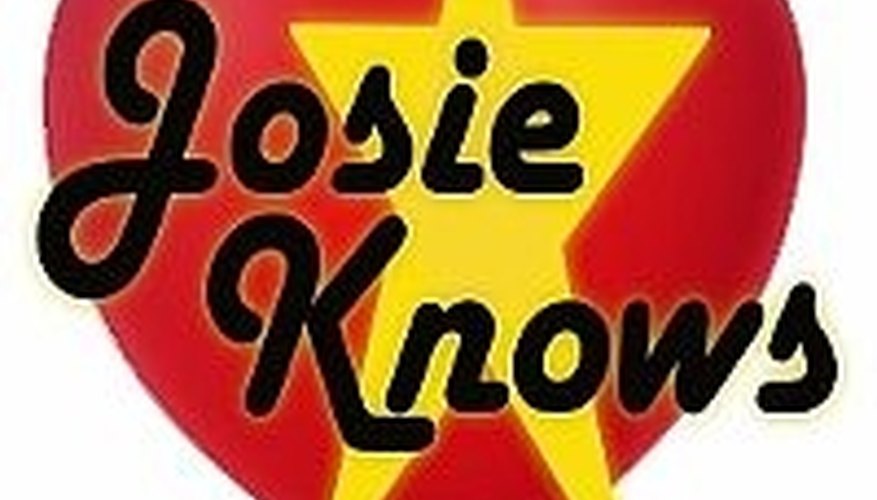 Have you always dreamed you'd marry a rich man who would pamper and protect you? It doesn't take youth or beauty to wed your way to wealth. Finding a rich husband is the easy part. Tolerating him might be more difficult.

Before you even dream about climbing the economic dating ladder, make sure you've got the right attitude about yourself and the relationship you're after. If true love is your ultimate goal, you're more likely to find it grocery shopping than studying a man's bank statement. If you're looking for financial security, however, bucks are the bottom line. Though we often indulge in the romantic notion that financial security and true love come as a matching set, such cases are rare. In fact, if you're marrying for money, you can expect to compromise when it comes to compatibility.

Don't be confused. Finding a rich man and convincing him he NEEDS you is a well-planned and choreographed undertaking. There's no time for insecurity and little room for emotional indulgence. No matter how you look or feel about yourself, you must convince yourself of your own worth and learn to immediately dismiss feelings of self-doubt. Once you are convinced, your confidence will convince others as well.

Your new attitude may not take effect overnight, but there are some rules you should follow while your confidence is building.

You may be dreaming of the majors, but most ladies have to work their way up from the minor league. Chances are, you don't know very many multi-millionaires. However, you probably know men who are in a better professional and financial situation than you are. Those men probably socialize with men of even greater means. For the chance to work your magic on the man of your dreams, you may have to spend some time with the men who aspire to be him.

This doesn't mean you have to become sexually or emotionally involved with the men who serve as rungs on the ladder to marrying a rich man. In fact, sexual indiscretion can actually sabotage your future seductions. Simply serving as pleasant company and an attractive arm piece is enough to get you networking with the wealthy bachelors you seek. Spend a few months attending social functions with an up-and-comer and it won't be long before you've been introduced to all the men he thinks are important.

While you're rubbing elbows with your date's superiors, never forget that you're on the hunt. Talking to people, male and female, serves a number of purposes. The more people see you and talk to you, the less of an outsider you seem to them. Pleasant conversations will ensure that you have an identity and value in their community that is independent of the man you are dating. Other advantages of networking include the information and opportunities that come your way.

If you're feeling shy or insecure about speaking to wealthy strangers, remember that the whole reason you are attending the function is to meet the rich man you will marry. You'll never find him if you limit your conversation to your date for the evening. Don't be bold or loud or try too hard to get attention. Present yourself in a subdued and friendly manner.

When you've found the man of your dreams or the next rung on the ladder, it's time to take a step up. First, be certain that what you are sensing is genuine interest from the potential suitor and not just the ramblings of a lust-drunk womanizer. It's not necessary for him to proclaim his love or commitment to you. However, you should have observed him and his treatment of women long enough to know his intentions aren't fleeting. If you get the sense that you are being seduced, don't make the move. Remember that you are the seducer.

Provided you have not invested emotionally or physically in an intimate relationship with the man you will be leaving behind, breaking up shouldn't be hard to do. In the earliest stages of the hunt, you shouldn't be living with the men you are dating, so coordinating shelter won't be a concern. End the relationship amicably, explaining that you have enjoyed the time you've spent together and you think he's wonderful. Tell him it's you, not him. That's the truth.

As you climb higher up the dating ladder, you'll want to select your potential partners with more care and consideration. To marry a rich man, you'll need to first demonstrate your usefulness in his life. For this reason, keep an eye out for men with a void you have the ability to fill.

This step requires you to see the man as a normal, flawed human being. No matter how much money he has, he's not above the unique emotional weaknesses we all must struggle with. Perhaps he has a martyr complex, or a deep desire to be a hero. Maybe he craves female approval or feels insecure in the work place. Identify his void, whatever it is, and know if you have the ability to fill it. If you don't have what it takes to seduce him, it's good to know that before you've wasted months or years of your life.

If you think you can fill the void, do so.

You don't have to devote your life to making him emotionally complete. In fact, too much devotion too soon can be spooky. Instead, temper your talents and generosity with the occasional cool reminder that you can't be taken for granted. If you fulfill his need for affection, be sure to give a cold (not cruel) shoulder now and again. Don't explain why you've grown cold. Don't even acknowledge it. Just let his aching emotional void convince him life without you is lacking.

When a rich man demonstrates his love through gifts, don't express too much gratitude. It's essential that he knows you expect to be treated very well. Even if he's just given you your very first diamond, you must curb your enthusiasm. Be polite. Be grateful. Tell him it's very nice, but don't give the impression that he has just blown your mind. Rewarding his efforts while leaving room for improvement, provides a challenge that will blossom into a wonderful habit of spoiling you rotten.

YOU WANT ALL MILK TO YOURSELF? BUY THE COW.

Pardon the sexist expression, but its clarity is unmatched. If he wants you all to himself, he's going to have to make a commitment of his own. Give him the impression that he's the only man for you and you'll be waiting a long time to hear those wedding bells.

You don't have to and you should not flirt overtly with other men. You should absolutely never flirt with other men in the company of his peers. In fact, you don't need to flirt at all. Simply mentioning another man's existence can be enough to elicit a possessive reaction.

Let's be clear. Don't taunt about other men. Don't make threats. Don't suggest that another man is attractive. All you have to do is subtly make your rich man aware that you noticed another man. Keep your triggers understated. You're not trying to cause a fight or a relationship melt-down. The goal is to innocently remind him that there are other men in the universe. His insecurities will feed the fire of jealousy.

DON'T EXPECT TOO MUCH

It's not hard to marry a rich man. However, living with that rich man can pose a challenge. As we all do, wealthy men have personality flaws and bad behaviors. The difference is that, as the wife of a rich man, you are at a disadvantage when conflicts arise. While you have been seducing him, the trappings of his wealth have formed a gilded cage around you. His financial hold over you can make it difficult to influence his behavior or leave him behind.

If you're looking for true love, romance, and emotional fulfillment, you will find nothing but misery in the hunt for a wealthy husband. When the promise of financial security is what you seek in a man, don't be surprised when that is all you find.