Music Characteristics From the Romantic Era 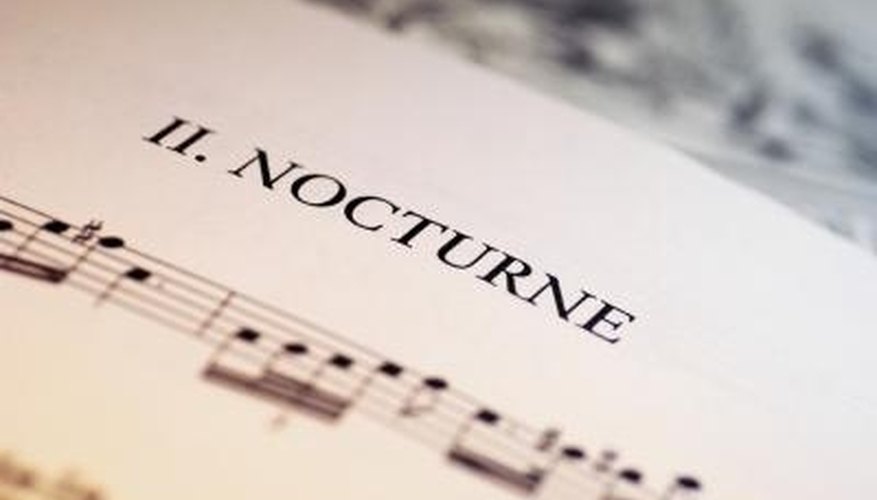 The nocturne was a new style to emerge during the Romantic era.

When many people think of classical music, they are actually referencing music from a variety of time periods, each with its own unique style and form. The Romantic era spanned the 19th century and was a very transitional time period in that composers at the beginning of the century were still heavily influenced by the Classical style. By the end of the century, composers were experimenting with impressionism and modernism.

The Classical period used a rigid tonal structure. Composers in the Romantic era began to stray away from this rigidity and used more diminished and half-diminished sevenths, Neapolitan sixths and augmented triads. What was considered dissonant in the Classical period became more consonant in the Romantic period. Composers used more chromaticism and modulated to keys unrelated to the tonic key, so tonality itself began to crumble.

Romantic composers used traditional styles and even added older elements from the Baroque period, such as polyphony; however, they did not feel restricted to maintaining the form and made sections longer. Techniques like the idée fixe and leitmotiv became popular. Music in the Romantic era also became more programmatic. Music became nationalistic by composers using styles and forms of the folk music of their native countries, and music was more personal. Many new forms arose in the Romantic era, including the tone poem, song cycle, nocturne, impromptu, intermezzo and polonaise.

Cara Batema is a musician, teacher and writer who specializes in early childhood, special needs and psychology. Since 2010, Batema has been an active writer in the fields of education, parenting, science and health. She holds a bachelor's degree in music therapy and creative writing.