How to Reject a Guy Politely 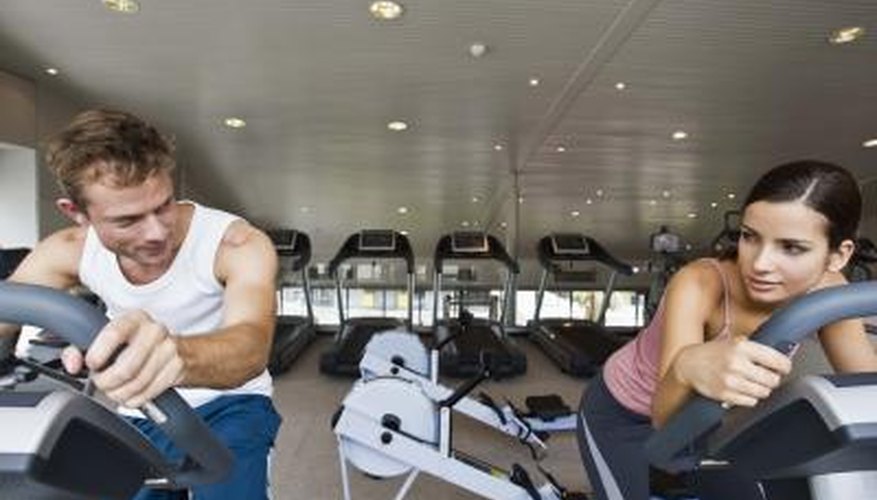 A man and woman watching each other while on exercise machines at the gym.

He's got that look in his eyes. You can tell that he's crushing on you, but you're absolutely sure that there's no way this guy is for you. When a man asks you out and you don't want to go, saying "no" in a polite way will let him down easily without making him feel completely rejected. Whether he asks you out in an appropriate way, or is coming on way too strong, using your manners shows that you have class and are considerate when it come to other people's feelings.

Say "no" in a clear and direct way. Don't be ambiguous or back out of the rejection because you feel guilty. This tactic is helpful when you are dealing with a guy who is acting inappropriately or won't let up. A polite "No, I just can't" or "No thank you" keeps you out of the wishy-washy trap. There's a distinct difference between a clear-cut "no" and an insult. It's acceptable to use a firm voice to show him that you aren't playing hard to get. That said, avoid shouting or using a snarky tone.

Give him a reason that doesn't lead him on. If you don't feel completely comfortable with a brief "No thanks," or he doesn't take no for an answer, give him a reason that doesn't make him think he has a chance. For example, saying something such as, "My mom's coming to town, so I have to spend time with her" gives him the idea that you might go out with him when she leaves. On the other hand, the statement "I'm already seeing someone" may shut him down. However, do not invent an excuse. If he later finds out you lied to him, he could feel hurt or could even decide that, since your excuse wasn't valid, he can pursue you again. If your reason for saying no is that you are not the right person for him, state that plainly and politely.

Tell him that you don't like him in a romantic way. It's possible that he's a perfectly nice guy and you might enjoy seeing him a platonic way, or that you're already friends with him. If this is the case, say something such as, "We do get along well, but in a friend way. I just don't like you romantically" or "I just don't think we have a romantic connection -- it's more of a friend thing." Set boundaries and give the guy clear limits when it comes to your platonic relationship. Another option is to try an approach such as, "I feel like you're more of a brother to me." Referring to him as a "brother" doesn't leave any room for a retort and will shut his romantic intentions down quickly.