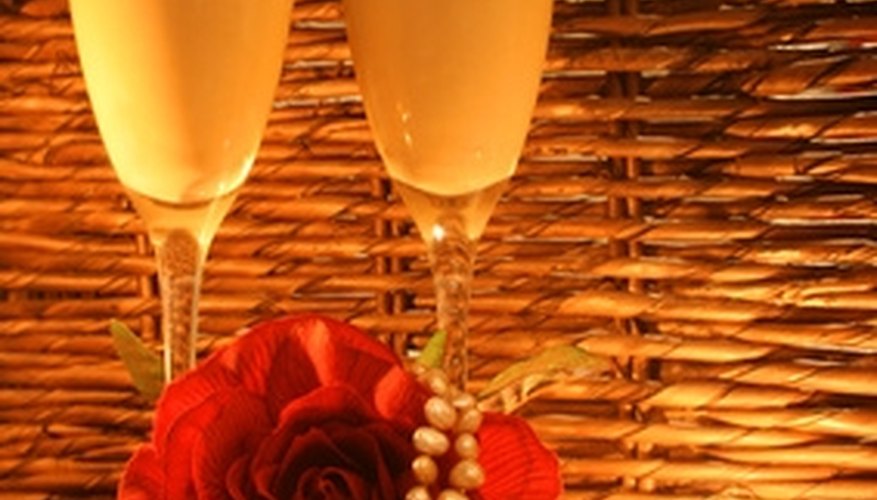 A romantic spot for a night out is not always easy to find, even in the densely populated state of New Jersey. The southern part of the state, however, with its extensive shoreline and the luxurious Atlantic City, offers several dining choices, ranging from rural and historic to urban and ornate, that are perfect for a romantic rendezvous.

Part of the historic Virginia Hotel, the Ebbitt Room is located in Cape May, New Jersey, at the southernmost tip of the state. In keeping with the hotel's design, the white tablecloths and antique decor of the Ebbit Room evoke a classic southern aristocratic style perfect for a romantic date. With a spot so close to the shore, there is no shortage seafood on the nouvelle cuisine oriented menu. The choices include scallop ceviche, shrimp-basil ravioli and pan-roasted cod. Like any good romantic restaurant, the wine list is extensive, with various French, German and Italian choices and several types of Champagne. Reservations for the Ebbitt Room can be made online.

With its luxury hotels and never-ending entertainment, Atlantic City is the center of nightlife in southern New Jersey. Dock's Oyster House, which dates back to the turn of the 20th century, is an example of the city's first-rate cuisine. Located just a few blocks from the shore, Dock's has no problem supplying an endless variety of dishes from the sea, from clams casino to fresh lobster. Then, of course, there are the oysters, a notoriously romantic dish that Dock's raw bar offers in 10 varieties, including Chesapeake Bay and Wianno. While not all oyster houses are classy, Dock's doesn't lack for sophisticated decor, with white tablecloths over dark mahogany tables. The restaurant also features a wine list that received the 2006 Award for Excellence from "Wine Spectator Magazine."

Located in New Jersey's mid-south region, Scarborough Fair lives up to its name, nestled in the woods in one of the few tucked-away locations in the state. The building itself is a renovated farmhouse from the 19th century, which only adds to the charm of the setting. The restaurant describes its cuisine as "eclectic American," and offers such dishes as bacon-wrapped wild shrimp, wild mushroom ravioli and duck breast a la circes. All items on the menu are impeccably plated, and the accompanying wine choices come from all over the world. A prix-fixe menu is available at Scarborough Fair and reservations can be made online.