How Does Romanticism Respond to the French Revolution? 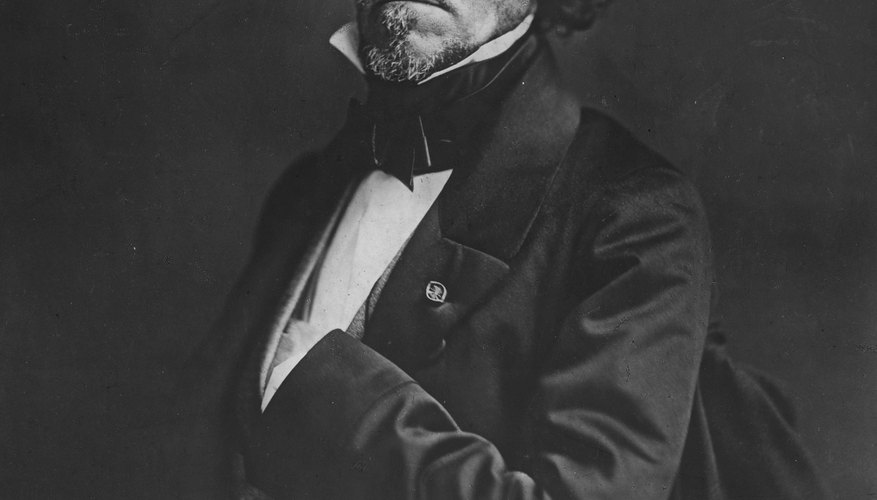 Romanticism, an artistic and literary movement that swept through England, France, Germany and, to a lesser extent, other European nations from the late 1700s to the mid 1800s, can be seen as arising largely in reaction to the Enlightenment and the chaos and upheaval of the French Revolution (an ongoing conflict from 1789 to 1799, with later upheavals in the 1830s). There was no cohesive Romantic response to the Revolution, but a succession of poets, including William Wordsworth, Samuel Taylor Coleridge, Lord Byron and Percy Shelley, responded to revolutionary ideals, as did noted Romantic painters Eugene Delacroix and Théodore Géricault. All addressed the Revolution's ideals, emotions and violence in their works.

The Enlightenment, the major intellectual and cultural movement of 18th-century Western Europe, emphasized reason, science, skepticism and individualism. Romantic poets and painters often saw themselves as rejecting these Enlightenment priorities in favor of heightened emotions and the unpredictable beauty and chaos of nature. However, cultural movements are complex and interconnected, and it was partly the humanistic ideals of the Enlightenment that spurred the French Revolution -- liberty, equality and citizenship. Thus as the Romantics drew profound inspiration from the Revolution, they were also incorporating, in a new exciting vision, these ideals.

Romantic Artists React to the Revolution

For the first British Romantic poets, such as William Wordsworth and Samuel Taylor Coleridge, the French Revolution was initially a symbol of human potential and a movement to praise. Yet as they witnessed the conflict shift into the violent Reign of Terror, these poets grew more conservative and condemned the movement. However, the second generation of British Romantic poets, removed from the immediacy of the violence by decades, upheld the Revolution's ideals of freedom and the overthrow of tyranny while couching them in mythical allegories, as in Percy Shelley's Prometheus Unbound. Similarly, Romantic poets turned to mythical subjects, animals and natural disasters to address the struggles between violence and morality that erupted in the Revolution. Such subjects offered a stark contrast to the cold rationality of the Enlightenment and provided catharsis for the horror of the Reign of Terror, either through allegory representing the extremes of humanity or through paintings that simply recognized nature's blissful beauty.

Based in Dallas, Exa von Alt has been working in education and the social sciences for nearly 10 years. Her lesson plans are published on the University of Oklahoma's K20ALT website and she has written several entries in "American Centuries: The Ideas, Issues, and Trends that Made U.S. History"(MTM Publishing). Exa von Alt holds a Master of Arts in history from the University of Illinois at Chicago.