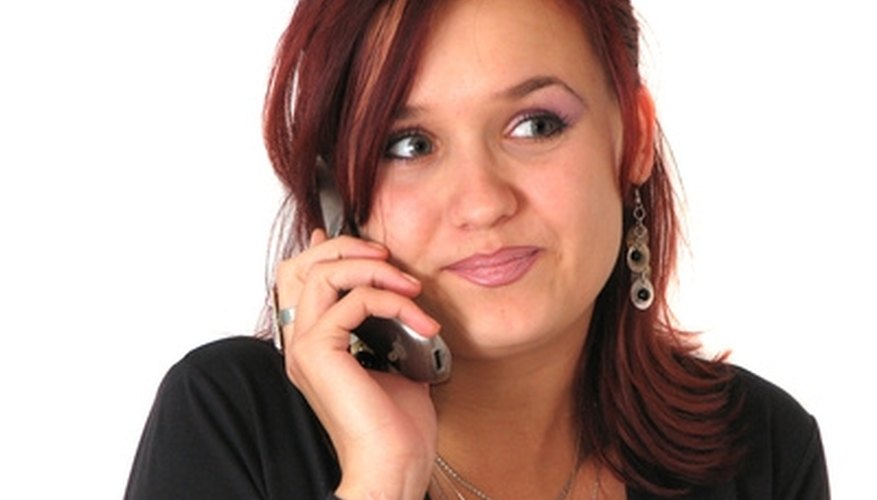 Be complimentary, but be honest.

You can turn that nervous feeling you get in your stomach when she walks by into a productive conversation. Even if it seems daunting, a few little hints can turn you from bumbling to suave.

Some people treat compliments as though they were a difficult chore, but they're really a wonderful social tool. In addition to praising something positive about the other person and the boost she gets from this, compliments show that you can be other-directed and are observant of your surroundings.

Focus on applicable compliments. If she's not wearing a particularly nice blouse, don't say she is. You needn't stick strictly to outward physical appearance, either. If you see her running and she has a good stride, mention that. You could also compliment her singing voice if you notice her singing. Though your burgeoning crush might have you tightly in its grasp, don't compliment things she might be insecure about; even if you're being sincere, she might perceive that you're mocking her.

Use other-directed communication to show your interest; make sure to ask her questions about herself. Draw information out, and invite her to share more about herself. While she's talking, really listen to her; give her visual cues that you're doing so by nodding and making approving noises at appropriate moments.

Don't open with negativity. Insulting other men, the service at a restaurant or someone you don't particularly like from school or work takes the focus off the two of you and shows a dark side of you. Focus on only positives and try not to bring other people into the conversation. It's a common urge to put oneself in a better position by putting others down, but this is a big turnoff.

Share your feelings honestly. If you've liked her for a while, it's perfectly all right to mention that you've noticed her before, while if she caught your eye from across the room and you felt you just had to talk to her, let her know. Just keep it within reason. A little is flattering, while a statement like, "I've been losing sleep for days thinking about you," no matter how well-intentioned, can be too strong.

Part of understanding what she's saying is reading how she's saying it. Men like a challenge, but if you're being rebuffed, it might be time to bow out gracefully. If she crosses her arms or can't focus her eyes, she might be trying to subtly suggest the advance is unwelcome. A little persistence might change things, but, if you really like her, not pushing her is the best move.

Erik Steel is a graduate of the University of Michigan, earning his bachelor's degree in Russian. Steel has worked as writer for more than four years and has contributed content to eHow and Pluck on Demand. His work recently appeared in the literary journal "Arsenic Lobster."