How to See If Your Man Is Still Attracted to You? 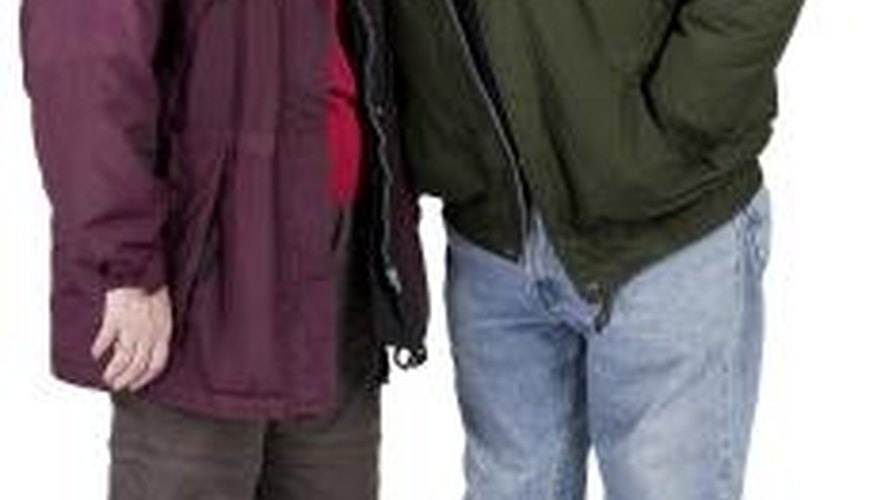 The original spark, romance or sexual attraction might appear to fade or decrease over time in a long-term, monogamous relationship, particularly when compared to the excitement of the beginning of the relationship. While it might seem like your husband or boyfriend is no longer still attracted to you, the case might simply be that he's preoccupied with work or has reached a greater level of comfort and companionship in the relationship. He may no longer feel the need to "court" you.

Keep track of how often he tries to initiate intercourse with you in a journal. While everyone's libido is different, your husband should be initiating sex with you with a certain degree of regularity several times a month.

Write down how often your husband touches you during the course of a day. If your husband is still attracted to you, he'll want to touch you without even thinking about it, giving you hugs and touching your hand or the small of your back.

Keep track of how often he compliments your appearance. If your man is still attracted to you, he'll want to share that with you verbally, praising how you look at least once a week or more.

Pay attention to the level of emotional intimacy he initiates. Write down how often he shares his feelings, anxieties and daily activities with you.

Write down how often he chooses to be in public with you. For some couples this might be obvious and constant, but if there's a general lack of you and him appearing together in public at parties and other events, it could be because he's not attracted to you anymore.

Lane Cummings is originally from New York City. She attended the High School of Performing Arts in dance before receiving her Bachelor of Arts in literature and her Master of Arts in Russian literature at the University of Chicago. She has lived in St. Petersburg, Russia, where she lectured and studied Russian. She began writing professionally in 2004 for the "St. Petersburg Times."