How to Know When a Shy Man Likes You 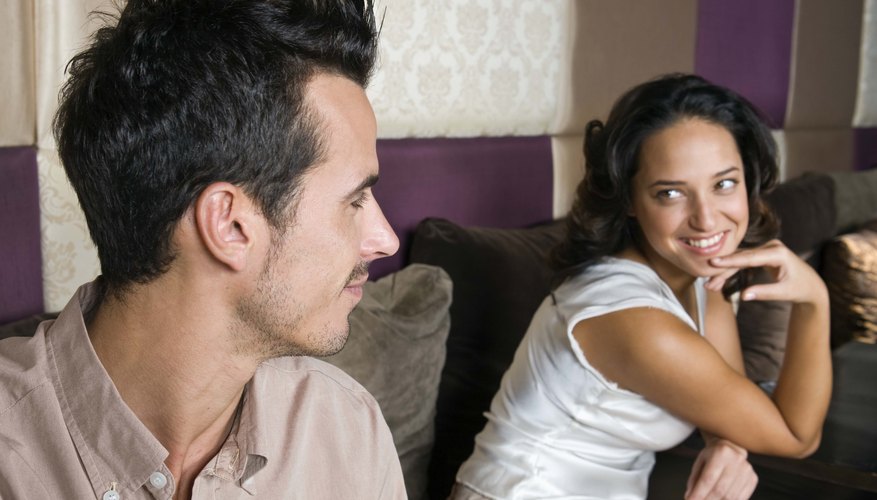 Shy guys may notice your obvious signs but be unsure how to approach you.

Dating can be a confusing part of life, especially when you aren't sure if someone likes you or not. While some men have the nerve to come on too strong, others are painfully shy and can't seem to speak up at all. If you know a shy man and you're wondering if he's interested in you, there are some subtle clues you can look for in order to figure out what he's really thinking.

Look for stolen glances. A shy man probably won't come right out and stare at you, but he may look for opportunities to stare for a moment when he thinks you aren't looking.

Pay attention to a man who treats you like a buddy. Sometimes this can indicate no romantic interest at all, but other times this is a way for a shy guy to interact with you in a non-threatening manner.

Look for signs of nervousness. If a man blushes easily around you, stammers when he tries to talk, and seems suddenly clumsy in your presence, he probably likes you.

Watch for clues that point to physical attraction. A man whose pupils dilate when he looks at you probably is attracted to you. A guy who likes you also may "groom" himself unconsciously. Grooming involves actions such as scratching his face, adjusting his hair, or fixing his clothing.

Pay attention to nice gestures. A shy man may not say that he is crazy about you, but he may offer to do nice things for you like give you a ride, fix your car, or help out in some other way.

Charlotte Johnson is a musician, teacher and writer with a master's degree in education. She has contributed to a variety of websites, specializing in health, education, the arts, home and garden, animals and parenting.