Signs of Emotional Insecurity in a Man 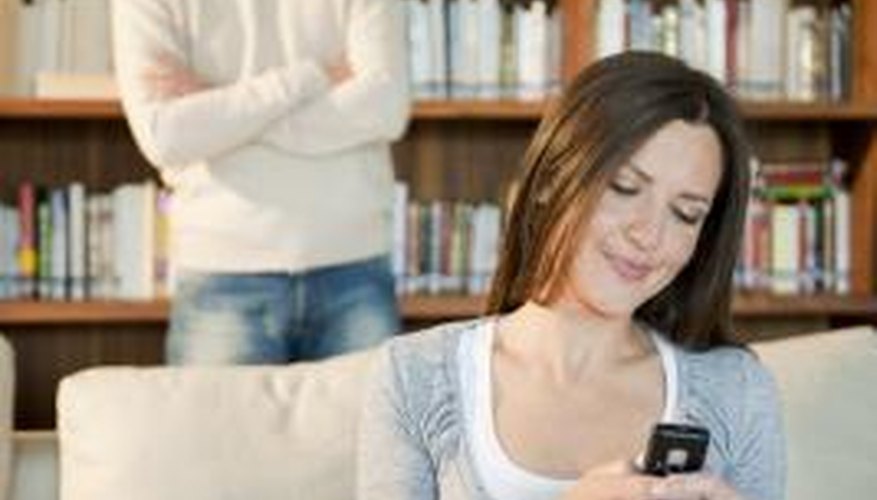 An emotionally insecure man may want to be involved in every detail of your life.

Some amount of insecurity is common in men, but a very emotionally insecure man is likely to be smothering, overly critical and jealous. He may require more of your time and attention than you are able to give. A man's insecurity can arise from both his experiences in childhood and his later adult life, such as having overprotective or neglectful parents, being bullied, have learning challenges, or feeling as if he has not lived up to his own expectations.

An insecure man may want to be around you as much as possible, which is likely his way of coping with the emotional warmth he missed out on while growing up, according to psychologist R. Pasco Fearson and a team of researchers, in the study, "The Significance of Insecure Attachment and Disorganization in the Development of Children’s Externalizing Behavior: A Meta-Analytic Study,” published in Child Development. He may find an excuse to be physically close, such as trying to be in the same room or following you around. You may also find yourself flooded with calls, texts and emails when you're not together.

Mistrust of others is likely to occur in an insecure man. Not getting enough attention and comfort from his parents or siblings while growing up can be made worse by friends and romantic partners who reject him by cheating or lying. He may then harbor these same doubts about his current partner. It will be hard for him to trust or open himself up completely, holding back so as to not risk being hurt again. His distrust is likely to spill over onto your friends and family. He may become overcritical of the intentions and motives of anyone you choose to spend time with, writes psychologist Joseph Nowinski, in his Psychology Today article,"Is It Love, Or Is It Insecurity?"

Your emotionally insecure man may be jealous of your relationship with others. He may show discomfort or insecurity if you spend time with your friends or family or anyone else besides him in more extreme cases, Nowinski says. When you're out with others, he may constantly call or text to make contact, and he may even ask to tag along. The insecure guy may go further to keep tabs on you by making a habit of checking your phone for messages, frequently visiting your social media pages, or reading your emails.

A man who is challenged by insecurity may not feel reasonably confident about who he is, which can result from not having had enough appropriate and realistic feedback from caregivers, suggests psychologist Rebecca Propst, in "Low Self-Esteem and Insecurity," on her website. On the other hand, having a lack of confidence in one area can result in his thinking that he is inadequate in most areas of his life. Even if he is educated and successful with a whole lot more going for him, he may still put himself down, needing a lot of reassurance from those close to him.

Latoya Newman is a novelist who wrote and published her first novel in 2012. She has a background in education, research and counseling. She taught at the elementary level for eight years, and has a Bachelor of Arts in psychology from York University in Toronto, Canada.