How to Tell a Guy You Like Him Over a Text 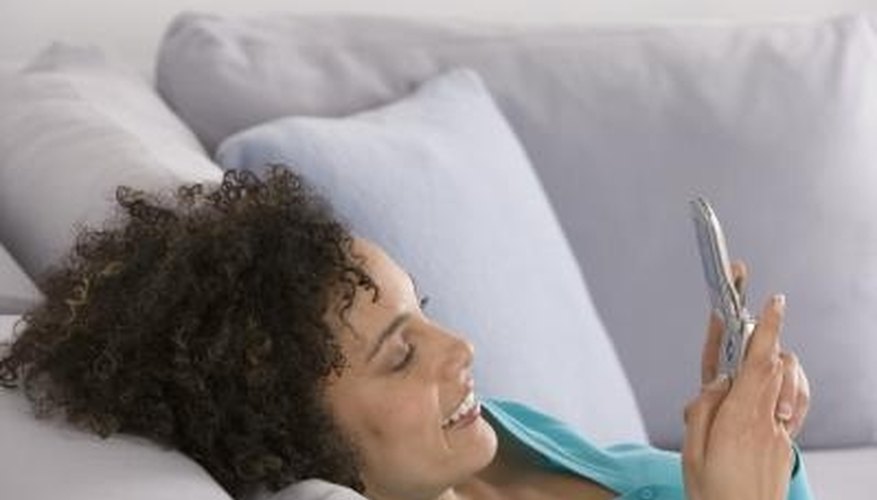 Don't be afraid to make the first move.

Telling a guy you like him when you're not sure if he likes you back can be scary, but other people have done it, and so can you. You can try to muster a little courage and come right out and tell him, or you can hint around and put the ball in his court. He might be feeling the same way you do but is also afraid to say it. After you break the ice, you may have taken the first step toward a new relationship.

Charge the battery on your phone. If the guy you like texts you back and you get into a heavy conversation, you don't want to lose him if the batteries go dead on your phone.

Make your text short and sweet. You don't know how busy the guy might be at the moment, and if you send him a long text, he might lose interest in it.

Send your text to the guy you like during the day. If you send it to him in the wee hours of the morning, he might be annoyed or you might appear desperate.

Ask the guy out on a date. Guys appreciate girls asking them out. Make sure he knows it's a date, and not just a friends' night out. Text something like, "Want to go out on a date Friday?"

Flirt with the guy to give him the hint that you like him. Compliment him when you're in a conversation with him. Tell him he has a great sense of humor, cute smile or bedroom eyes.

Be direct and tell the guy that you have had your eye on him for a while and you think he's cute. Alternatively, tell him that you would like to get to know him better. This puts the ball in his court.

Donna Tinus has been a writer since 2005. She has a background in medical terminology and has written articles for various websites on topics such as family, finance, medicine, health, pets, gardening, beauty and relationships. Tinus holds a Bachelor of Arts in English from Centenary College.