About Trends in Interracial Dating 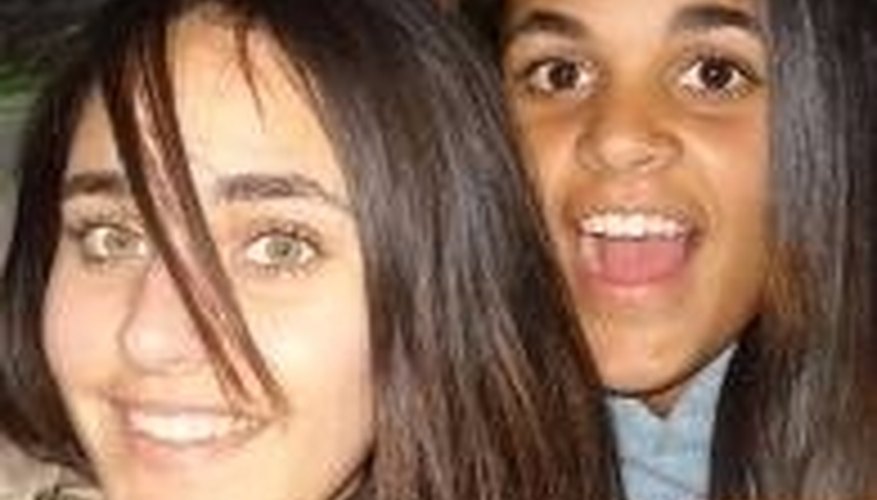 About Trends in Interracial Dating

During the 1990s and 2000s, U.S. interracial marriages jumped from 2.9 to 5.4 percent (to about three million). Acceptance of interracial dating in the U.S. is also increasing at a steady rate. In 2003, 83 percent of those surveyed in a Roper Report favored interracial relationships, up from 70 percent in 1986. Over 50 percent of Americans say they have dated someone of a different race or ethnic group. However, whites "interdate" less than people of color. This may be because they do not live in areas of the country with diverse populations. Once they start going to more interracial colleges, their dating habits change. Statistics also change with race. Just 17 percent of white teens who went to an integrated school and had interracial relationships had dated an African-American. Yet 33 percent had gone out with a Hispanic, and 15 percent had a date with an Asian. About 38 percent of African-American youths had gone out with a Hispanic, and 10 percent with an Asian. Adolescents surveyed were very positive about interdating. About two-thirds of white survey respondents said they would be in favor of dating a non-white, even though they had not yet been on a date with someone of another race. Fifty-eight percent of the black youths surveyed said they would consider going out with someone who was not black.

When looking at today's role models, sports stars and even presidential candidates, you can see why interracial dating is increasing. Tiger Woods, Derek Jeter and Barack Obama are a few VIPs who favor interracial dating or are children of an interracial marriage. However, it was only four decades ago that the U.S. Supreme Court overturned a law in Virginia that banned whites and nonwhites from marrying. At that time, 15 states had the same type of law on their books. Since then, the amount of interracial dating and marriages has grown considerably. Michael Rosenfeld, a sociologist from Stanford University in California, reports that over 7 percent of the 59 million married couples in the United States in 2005 were interracial. In 1970, this number was 2 percent. The number of immigrants moving into the United States and the increased diversity of American population may also influence the amount of interdating. Many of the lines between races are disappearing. On the other hand, there are miles to go. One South Carolina university didn't drop its ban on interdating until 2000. In 2001, 40 percent of Alabama voters were against getting rid of the ban on interracial marriages that was still in the state's constitution.

In each generation, America has become more positive about interdating and interracial marriage. Currently, 65 percent of all people born in the U.S. before 1946 accept whites and blacks dating. Among Baby Boomers, 84 percent support interracial dating, and Generation Xers (those born from 1965 to 1976) raise this number to 87 percent.
A great deal has changed since the 1980s. From 1987 to 1988, only 44 percent of whites said interdating was all right. That number is almost twice as high now. During the 1980s, about 74 percent of African-Americans agreed with dating other races. Now, as high as 97 percent of African-Americans say that interdating is OK.

The Project Implicit study, which consisted of nearly five million people across the world and 730,000 from the U.S., shed more light on the subject of interdating. They asked people to say whether they felt positive or negative about photographs with black and white faces. As noted above, whites aged 60 and above demonstrated 5 to 10 percent more negative attitudes than the younger people interviewed. (Social scientists say this is not really racism, but an unconscious negativity or bias that most individuals are unaware they have, because of the culture in which they have been raised. Many of the people who saw the results of the study were very upset with what it showed about them.)

Political and social scientists have found an unusual trend among white voters. Because they do not want others to think they are biased, they will tell those taking polls that they are going to vote for the black candidate. When actually voting, however, they switch to the white candidate. This type of behavior is called the "Bradley effect," because Tom Bradley, the African-American Democratic mayor of Los Angeles, always was ahead in the polls for governor of the state but lost in the final vote to the Republican. This situation has occurred in other states as well, especially those with few black residents. In other words, polls may not accurately show how the real numbers will turn out.