About US Military Dating in Germany 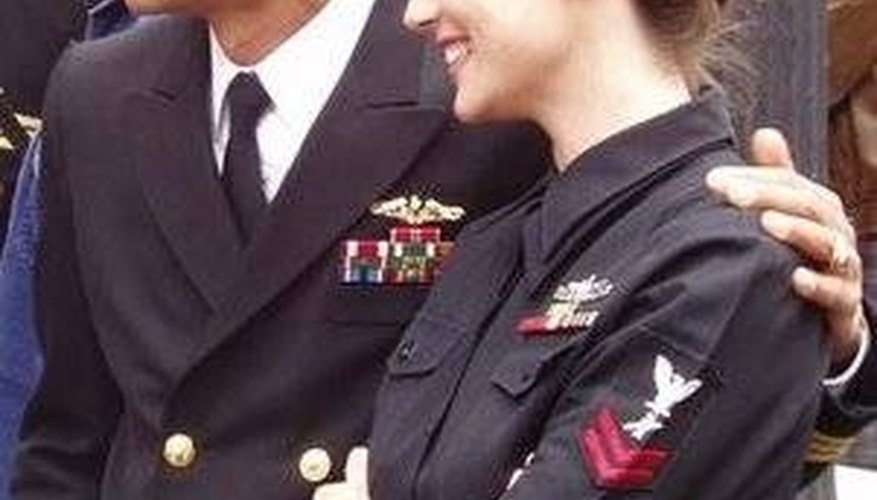 About US Military Dating in Germany

U.S. military dating in Germany has had a long turbulent history, and with the legalization of prostitution in 2002, time will only tell whether Germany is now a goldmine for the U.S. soldier in pursuit of true love, or if the values of traditional relationships will be overshadowed and phased out by Germany's lucrative sex trade.

In 1942, when the United States military was occupying Germany, President Eisenhower issued a non-fraternization policy to be enforced by the United States War Department. Signs that read "Don't Fraternize" were placed every 50 yards near U.S. military camps stationed in Germany. The initial fear was that American troops would get involved with German female spies and reveal significant intelligence to the enemy. The ridiculous nature of the mandate became an issue when the U.S. War Department realized that they didn't want their troops to be uncivil toward little children, which required Eisenhower to write into law a stipulation that would allow troops to interact cordially with German children age 12 and under. Naturally, the issue became the difficulty of soldiers to decipher whether a German citizen was of the proper age for interaction. As the French troops stationed in Germany did not have to follow the same ridiculous policy, which was even loosely enforced by the American government, a trend developed in which American troops often dressed up in U.S. uniforms to date German women and not feel bad about breaking protocol.

There is a misconception that, since the end of the World War II, U.S. troops have not been in Germany. American troops are actually deployed in Germany and welcomed there by the government. U.S. forces are stationed in Germany in support of NATO regulations, and to prevent any potential Russian invasions from breaking out. This has opened up a network of U.S. military and German civilian interaction that has branched out into the World Wide Web, spawning a large number of lucrative dating websites that solely targeti military personnel.

U.S. troops are stationed in Germany due to its pivotal location in Europe. U.S. troops stationed in Germany can be launched to virtually any location throughout Europe very easily. The country is also very close to Russia, which sets it up as both a vulnerable spot for attack and a key location for the U.S. to keep track of Russia's military practices. All of this focus on Germany also makes it a central point for people who flock to it from all over the globe. Between 1942 and 1945, during the reign of the Nazi party in Germany, street prostitution was seen as a degenerate act, and many of the women were put into concentration camps, despite having German blood. After World War II, prostitution became more mainstream until it was eventually legalized in 2002, and the prohibition on prostitutes being able to advertise was lifted. This has made Germany a central point for the global sex market.

The presence of legalized prostitution, as well as the large number of eastern Europeans who aspire to U.S. citizenship, can have a daunting effect on the development of interpersonal relationships between the U.S. military and German citizens. There is definitely an imbalance of power. The dating scene in Germany is in constant risk of losing relevance and being oversaturated by the legalized sex trade.

Simon Breedon has been freelance writing for Newspapers for the past 8 years. He has written for The Washington Informer, Edge Magazine, The Yeti, The FSView and Florida Flambeau Newspaper. He has a BA from Florida State University in Creative non-fiction/ Journalism and a Masters Certification in Editing and Publishing. He is currently attending Law School and studying for a computers science degree.