What Women Need to Know About Internet Dating 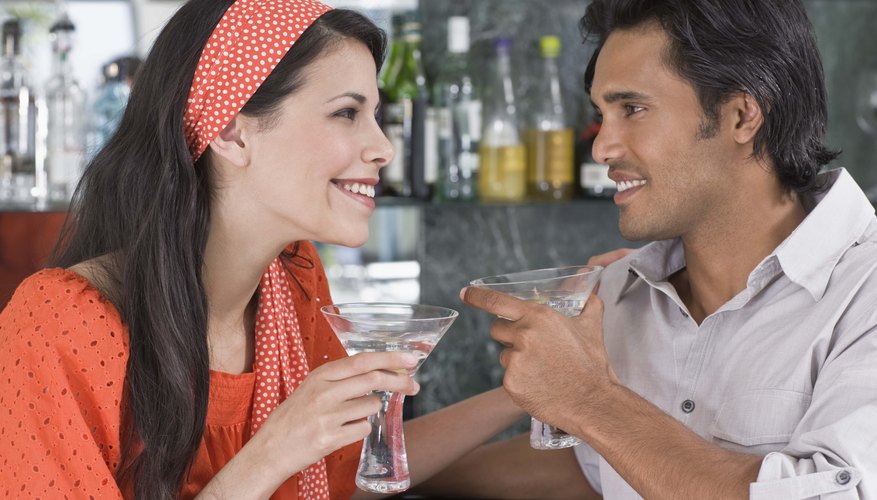 An increasing number of women are using Internet dating to find romance,

Online dating has become an acceptable and common method for women to meet potential romantic partners. One in every six couples that were married between 2006 and 2010 met each other through an Internet dating website, according to a 2010 report commissioned by Match.com. A woman can become an Internet dating success stories, if she knows the best ways to marketing herself, while staying safe.

The biggest concern regarding online dating for women is how to address safety concerns while still being approachable. That's why many woman create a separate email account and phone number when making initial contact with prospective dates. A virtual phone number with call blocking and voice mail is the least expensive method to create a safe number that can be provided to prospects. Never provide direct contact information to strangers that is traceable. Always drive yourself to the first meeting over coffee in a very public area.

Setting up an account with an Internet dating service involves establishing preferred criteria for potential matches. Do not strictly limit the age range, as most men will take what is posted as literal according to PerfectHappiness. The goal is to create a larger pool of available men who have the characteristics you desire.

Carefully select the photos used for the dating profile. Men tend to be visually oriented and need to see that you are attractive. Upload recent photos that include a close-up and full body photo that best shows your physical atttributes without being too revealing. Patti Stanger, the Millionaire Matchmaker advises that a woman must always be honest about who she is and what she is looks like. Do not use photos of you with a group of friends, with drinks in hand, or with children as they can send the wrong impression.

A woman needs to write and re-write her online dating profile before posting to ensure that it describes her accurately and attracts the right type of guy. PracticalHappiness warns against describing yourself as attractive as your photo should show that you are. Also, avoid describing yourself as intelligent or compassionate. Those are attributes that must be demonstrated. A profile needs to stand out from all the others, it must be interesting enough to draw men in and compel them to want to meet you. Let some humor show through, but don't let it take over. Avoid mentioning past dating disasters, describing an exciting date scenario or the "dream guy" you have in mind. If your Mr. Right doesn't think he can match those exceptions, he'll click through to a profile of another woman who seems easier to please. On the flip side, describing an ideal date as sitting home with popcorn and a DVD rental could reel in a man who doesn't want to put forth much effort in dating. According to Stanger, a date is when a man buys or makes dinner or lunch for the woman. It's not just going for coffee or drinks. And it is not hanging out at with friends or lounging around your house. She states clearly that when a man thinks of a woman as a date, and plans the day or evening around her, he thinks of her as a potential romantic interest who could ultimately become being his wife.

Cynthia Clark began writing professionally in 2004. Her work experience includes all areas of small-business development, real-estate investments, home remodeling and Web development. Clark is skilled in a number of design disciplines from digital graphics to interior design. Her diverse background and commonsense problem-solving skills allow her to tackle a variety of topics as an online writer.