How to Woo a Capricorn Man 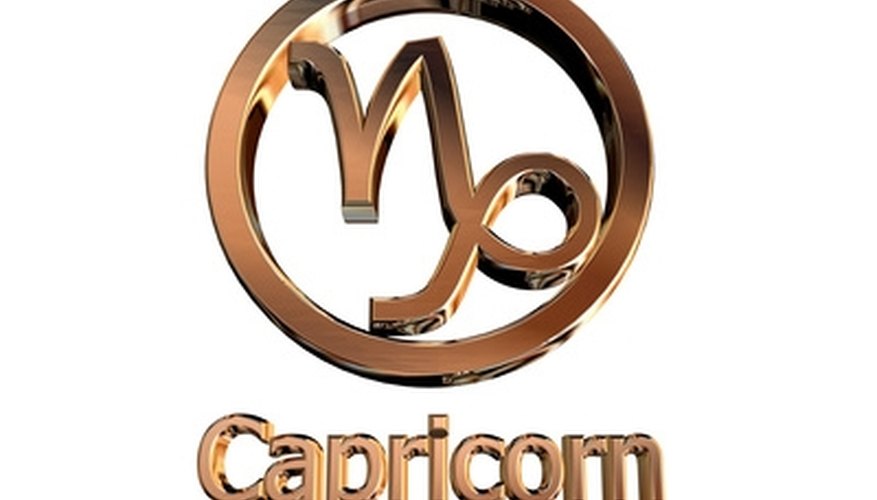 Capricorn has the goat as a symbol for a reason, and that reason is stubbornness.

If you are involved with a Capricorn man, let him know you really like him and be done with it. Unlike many signs of the Zodiac, Capricorns in a relationship are already won. Be warned, though, that unless you are looking for marriage, get out fast. Once a Capricorn settles on a person, it's usually permanent. Capricorn has the goat as a symbol for a reason, and that reason is stubbornness.

Dress well. Capricorn men aren't attracted to flash as much as as they are to substance. Because Capricorns of both genders are very goal oriented, someone who is well-dressed appears to fit that agenda.

Read a newspaper. Capricorn men like to discuss current local and world events. But don't just focus on politics and major events. Look for the latest technological breakthroughs and what's new in business. While Capricorns aren't generally as technologically oriented as Scorpio, they do have a knack for picking out the trends that will be both long lasting and profitable. Capricorn men are almost always interested in what's new in business.

Hang out in Capricorn hangouts. If you are looking to find a Capricorn, try an art gallery, museum, art auction or adult education center. Capricorn men are always trying to improve their situation at work by taking extra classes or training. They are also attracted to money but in an unusual way for the zodiac--they look for long-term wealth instead of a fistful of dollars. Art has long-term value and appreciates, so it's a natural draw to the goal- and substance-oriented Capricorn.

Be honest. Once you have entered into a relationship with a Capricorn man, it's done. You will generally have him until you no longer want him unless you do something unforgivable, like cash in his IRA account and spend the money on lottery tickets. Be honest with him about your feelings, and he will soon be down on his knees proposing. Capricorn men are not known for long engagements. Once they find a good woman, they quit looking and want to make the relationship official, preferably before the new fiscal year.

Alexandra Romanov is a writer in southern Illinois. Her articles appear online and in print media, including "Spirit Seeker" magazine and "USA Today." A professional writer for more than 15 years, Romanov frequently covers technology, gadgets and computer-related issues. Her degrees include an M.A. in journalism.